From CWCki
< User:Apostrophe
Jump to navigation Jump to search

For Those Trying To Handle This Maturely

You're wasting your time. Take a look at any situation this manchild has ever been involved in, they're all well documented. There really is no purpose to trying to be polite and explain why he can't have what he wants here, despite it being in clear violation of plenty of Wikipedia rules. All that is going to register in his head is that he's not getting what he wants, therefore you're all a bunch of jerks, you hate Autistics, etc etc.

The above poster is correct, i´ve been following this manchild for a while, dont bother trying to explain it to him . he wont understand or he doesn´t want too understand it. he will just say your a jerk hating on him because of his autism. —Preceding unsigned comment added by 77.248.72.121 (talk) 17:07, 4 May 2009 (UTC)

Possibly so. But this is a matter of principle - we, as the Wikipedia user community, are supposed to give every contributor a chance. I've seen plenty of people who started by blowing their own horn and turned into productive contributors. Then again, I can't help but to feel more than a mite bit pessimistic, considering Chris' history, and what he posted below. Chris - we are cutting you some slack right here. Massive amounts of it. But becoming a productive user is up to you, and like in all cases, there is a limit to what the community can take. --wwwwolf (barks/growls) 18:55, 4 May 2009 (UTC)

There's not much else that can be said other than to heavily monitor Chris' actions on Wikipedia. I agree with Wwwwolf that everyone deserves a chance however supervised probation is probably the best action at this point. Lusanders (talk) 19:05, 4 May 2009 (UTC)

LOOK, I do not have the appropriate calm state of mind to make time to READ those numerous upon numerous small-print details, much less memorize them. I have had a LOT of SLANDEROUS TWISTS OF MY OWN WORDS done unto me in the past SOO MUCH, it is HARDEST for me to get a job in a place that does background checks, only to find that cursed E.D. Page those EVIL TROLLS created against me at the TOP of the list.

I started my OWN Wikipedia page to hopefully counter that and better the people's General Understand of the Noble Gentleman I truly am. I SPENT HOURS, recalling MEMORY after MEMORY to type up the HONEST-TO-GOD TRUTH.

I DO NOT CARE about the erroneous listings or false information listed on other pages; I ONLY WISH TO TELL THE TRUTH AND SPREAD IT ON THE INTERNET.

Plus, I have Vanessa Anne Hudgens as an honest, very close Gal-Pal, and you know very well how powerful she is as a STAR.

I have created a video on YouTube respectfully asking to leave my Wikipedia ALONE with MY HONEST TRUTH from MY OWN High-Functioning Autistic Head; my LOYAL FANBASE will be sending you letters.

Regardless of any details of relevance, respect is something that must be earned rather than simply demanded. Going to a website, ignoring its rules, then threatening them when the ignored rules lead to one's post being removed and claiming that other people will somehow punish Wikipedia, those aren't the acts of a person deserving of respect. Nor are they the acts of a good Christian. A person making so much noise about Jesus may want to put more thought about what Jesus would be doing in his position before he says or does things. -96.253.115.181 (talk) 07:09, 4 May 2009 (UTC) 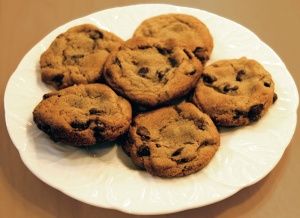 Welcome to Wikipedia, ChrisChanSonichu! I am Abce2 and have been editing Wikipedia for quite some time. I just wanted to say hi and welcome you to Wikipedia! If you have any questions, feel free to leave me a message on my talk page or by typing {{helpme}} at the bottom of this page. I love to help new users, so don't be afraid to leave a message! I hope you like the place and decide to stay. Here are some pages that you might find helpful:

I hope you enjoy editing here and being a Wikipedian! Oh yeah, I almost forgot, when you post on talk pages you should sign your name on talk pages using four tildes (~~~~); that should automatically produce your username and the date after your post. If you need help, check out Wikipedia:Questions, ask me on my talk page, or place {{helpme}} on your talk page and ask your question there. Again, welcome!

I saw your YouTube video, and so even if you are distantly related to Anne Boleyn, this does not in itself make you notable for inclusion in Wikipedia. It's also not verifiable without a source, and notability is not inherited through relations to notable individuals.--Yo Dawg! What's Going On Today? (talk) 02:17, 4 May 2009 (UTC)

He could be related to her indirectly through her ancestors, through different lineage. I'm not talking descendants.--Yo Dawg! What's Going On Today? (talk) 02:33, 4 May 2009 (UTC) 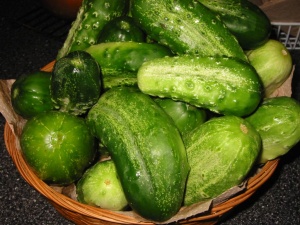 Some gherkins to welcome you.

Hello. This message is being sent to inform you that there is currently a discussion at Wikipedia:Administrators' noticeboard/Incidents regarding an issue with which you may have been involved. The discussion is about the topic Wikipedia:Ani. Thank you. Toddst1 (talk) 03:37, 4 May 2009 (UTC)

Don't let the trolls hold you down Chris, in reality everyone loves Sonichu. We want to learn more about your life story, it's very interesting. - Nite Owl II 03:47, 4 May 2009 (UTC)

Hey Chris. I've deleted your user page, as you can see from the deletion log. I don't want this to become a locus for future drama and I don't think that it is an appropriate use of userspace. Normally I wouldn't delete this unilaterally (especially after it had been deleted and recreated twice before), but I don't want this issue to get any more complicated than it needs to be. You are welcome to Wikipedia, but I would hope that you avoid actions which would bring people who want to troll you (and others) to this site. Please contact me here or on my talk page if there is a problem. If you feel that the deletion was inappropriate, you are free to request that it be reversed at deletion review. Thank you and I'm sorry for the trouble. Protonk (talk) 03:58, 4 May 2009 (UTC)

I'm going to assume you're the real Chris-chan when telling you all this...

I'm going to assume you're the real Chris-chan when telling you all this...

You can't add links to your userpage as examples in Wikipedia articles. You first need a wikipedia article and wikipedia is really picky about notability, especially for articles. You'd need to be in a notable physical newspaper multiple times or on non-internet television to qualify to keep your article would end up getting deleted.

I call myself a loyal sonichu fan but like all such fans, we're not fans of sonichu, but of you. You have a talent for being seriously funny. However, you are squandering it and I say this to be helpful, not offensive. First of all, your goal should be to become a youtube partner, which means a paying job and a career. Your only other way for a career is to spend a long time, a lot of work, and a lot of money going through college only to find out that all employers are assholes and there's no jobs anywhere -- that's what happened to me. If you become a Youtube partner, you may eventually end up on real television like LisaNova did.

Now for being a youtube partner, you need an actual strong password as your websites keep getting broken into. It should have letters and numbers. It should be as long as the site lets you and be the result of hitting random keys on the keyboard, not a real word. Then write it down somewhere and hide it so no one ever sees it. Next, connect the account to an email address you don't tell to anyone, absolutely no one and make the email address's password the same way. Also make all the answers to secret questions not real answers, which people know when you're famous, but just make the answers completely unrelated, random words, and write them down. Check out the password recovery system on youtube and your email address and if it asks for your real info to recover it (stuff people already know) then change it with fake info and write all the fake info down.

Next, when you switched youtube accounts, recently, I hope you kept them linked from the same main account so youtube can see your stats. Secondly, do not delete a single video until you're a partner. More videos means more views, means more chance of being a youtube partner. You should also re-upload every video you've ever made (except ones against the youtube TOS like the nude ones) to your new youtube account and in the youtube description, write the date it was made so people aren't confused. In fact, edit all your descriptions to have the date. It's nice at least you start videos with "Captains Log", but sometimes you don't and even if you do, who wants to spend time loading bunch of video to find out if it's new or not? There's also various archives of your videos precisely because you delete them.

You also could increase viewership and make more videos by:

As for your website, cwcville is the best name, and it's a name you can trademark, too. Do the same password stuff on the domain name. Use moniker as the domain registrar (this is the most secure registrar) and get their extra security package. Every time you change your domain name, your google pagerank goes down to 0 and you must start all over again--very bad.

Did you know security guards only have the powers of private citizens? That means they can only detain or arrest someone for a felony. If they violate that, they can be sued for false arrest. If they think you're tresspassing, they must call the police, not arrest you. But at Target (I think) they beat you up, arrested you, took you to jail, and you had to go to court. If I were you, I would press charges and sue for false arrest before the statute of limitations expires for doing that.

As for your sonichu comics, copyright law in the USA says for derivative works (which sonichu is, even though it's not technically fanfiction), you have copyright of it, but those who you derived it from can control the distribution of the work. So I recommend you retitle it to cwcville, rename the characters not resembling sonic the hedgehog or pokemon, redraw them so they don't resemble them too, and redo the whole comics that way. The storyline of the comics is original an unrelated to the works you derived it from so that whole thing can stay. Call it cwcville and have the characters renamed and redrawn a bit and then you control the copyright on them. I'd also recommend that you draw them using some fancy computer software (I don't know which is good) so it's easier to edit them. Or maybe you can draw the outlines on paper withOUT lines and then scan them and then draw them via computer.

And them I have a question to you: Do you ever read the comments on your videos? I mean some advised you of the health dangers of the mold on your shower but then I see more videos of it and there's still mold. Others advise you things like they'll warn you if a girl is a troll and so far they'll all been right.

Men in Pickle Suits are Go!