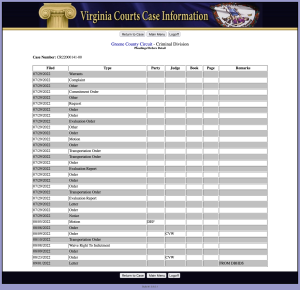 September was the ninth month of 2022. Apart from one brief update to the court file, it was the second month in over a decade that we saw no new activity from Chris. It is possibile that with the sealing of his case Chris was either ordered or convinced to stop sending letters to his fans.

Meanwhile, the troubles of the Kiwi Farms and the CWCki continued. Amid the continuing fallout from the harassment campaign against Keffals, an alleged swatting attack by a Kiwi Farms member against Marjorie Taylor Greene,[1] and a data breach,[2] Cloudflare ended services with the Kiwi Farms, citing an escalation of "targeted threats". The Kiwi Farms then moved to VanwaTech, but the CWCki remained offline.[3]