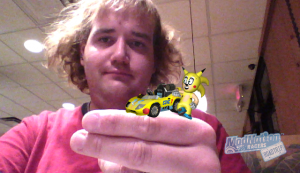 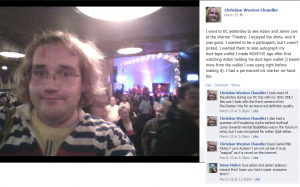 Little occurred in March 2012; Chris spent the majority of this month playing his newly-acquired PlayStation Vita. However, this was merely a cover for his deep fear about going to prison. He became determined to starve himself if he was incarcerated, and decided that he needed to lose his virginity before he died.