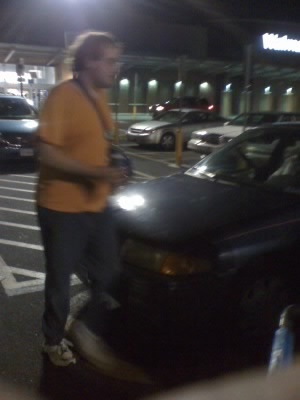 A sighting of Chris in September 2011. 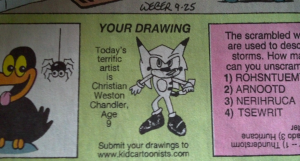 Chris's art is finally published for the world to see.

September was the ninth month of 2011. It began with Chris basking in triumph after (supposedly) unmasking Jack Thaddeus, Alec Benson Leary and Thorg, and forcing Surfshack Tito to leave the internet. He continued to be on good terms with Jackie. The state of Virginia had experienced an earthquake and a major hurricane, but Chris remained safe.

This was followed by the death of Chris's father, Bob Chandler, which brought about a long interlude of radio silence.