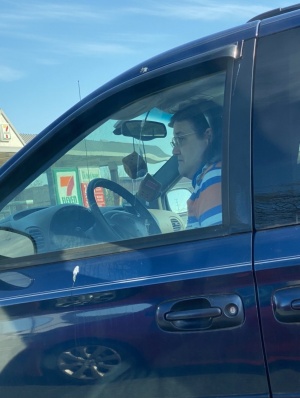 April was the fourth month of 2021. Aside from Chris and Barb receiving COVID-19 vaccinations, Chris stayed mostly quiet this month, with his activity mostly consisting of social media posts.