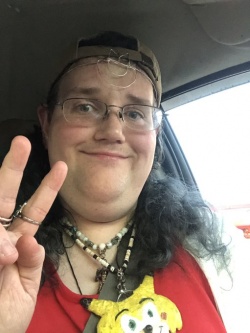 August was the eighth month of 2019. Chris attended BronyCon 2019 this month, caused another fender-bender on the trip back home, and began taking care of Possie, a feral kitten that would pass away roughly two weeks into Chris's care due to an unknown illness. Chris also began roleplaying as Magi-Chan and recorded a video rambling about the Dimensional Merge this month.