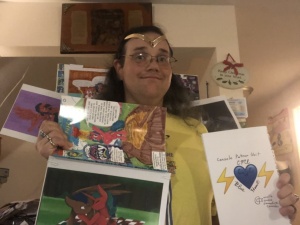 August was the eighth month of 2018. Chris spent most of this month e-begging, uploading no less than three videos where Barb takes the stage and tells the viewers to buy their stuff.