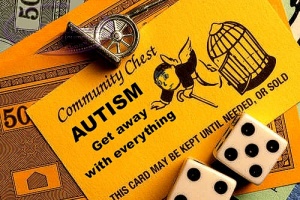 Being an adult autistic child, Chris avoided the Jailbird Saga.

July 2012. For many, it heralded the coming of Independence Day, fireworks and freedom. For Chris, it heralded the day of his indictment, as the fallout from 28 October 2011 came to a head on the 10th. Although he avoided time in prison, he and his mother were sentenced to community service and psychiatric evaluation, with the threat of jail hanging over their heads if they misbehave again.

Despite this, however, July was a surprisingly quiet month, with only one Facebook-based public display on Chris' behalf following the plea bargain.