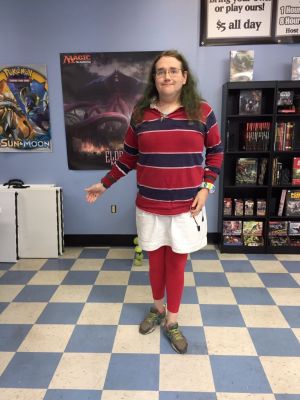 Chris in May 2017, wearing The Classic for the first time in 3 years. Yes, he dresses like this in public.