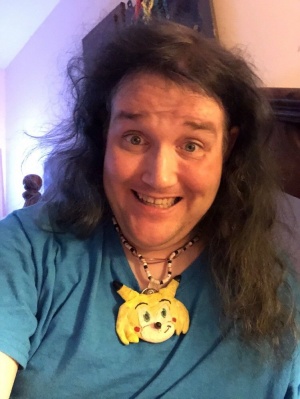 Chris in May 2018, advertising a celebrity visit from himself for sale on ebay.

May is the fifth month of 2018. This month would see the Guard Dogs finally break Chris out from the Idea Guys' hold. However, it would soon become apparent that Chris wasn't quite the same person he was before the saga.