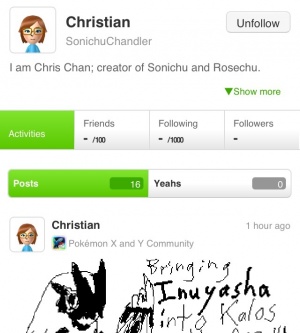 Chris has a Wii U?

December was the twelfth and final month of 2013. A second video of Chris's house is released on YouTube, along with evidence that Chris may own a new Wii U. Spoiler: He does.