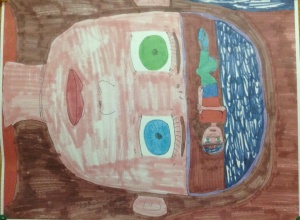 2015 was the 7th year since Chris's discovery. Coming full circle with the unfortunate incident of his house burning down last year, Chris announced that the renovations on it were finished, and that he would be moving back in. Most of the year was spent in the aftermath of 26 December 2014, Chris having served five court dates until finally, on October 15, he was given a $541 fine for court fees and a 180-day probation. Whether this all taught Chris a lesson or not is yet to be determined.

It was also the year where Chris' fashion sense plummeted to depths unseen by the trolls, making him more akin to a crazy old hag than the woman he wants to be. In particular (and in a very ironic twist) Chris dyed his hair blue in July.

The Lady Managers group of trolls began influencing Chris during this year. 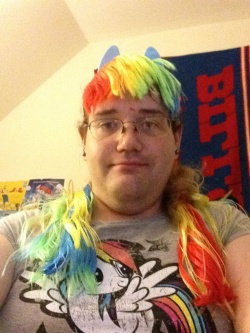 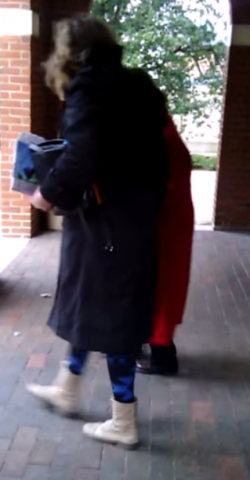 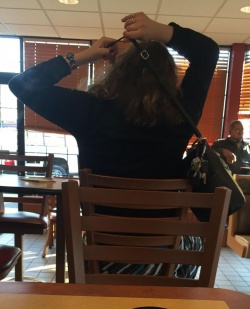 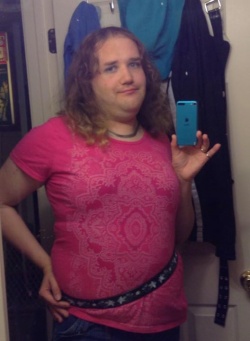 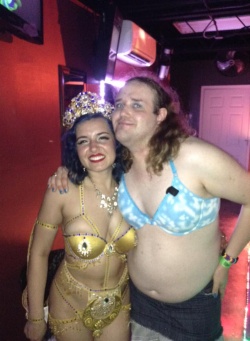 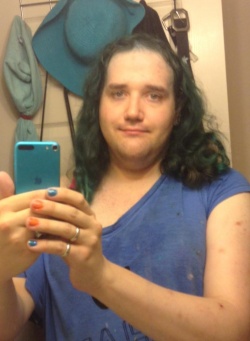 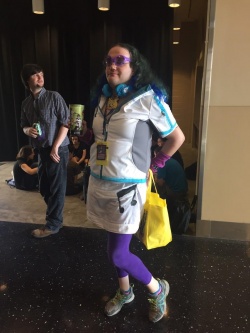 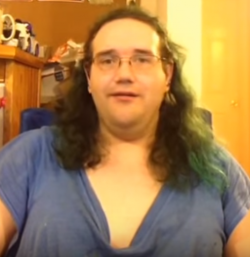 Chris claimed victory in the blue arms saga, added a dozen pages to Sonichu #11, apologized for his homophobia and started to revise Sonichu #1. Chris's final court case happens in this month, his punishment being a $541 court fee and a six-month suspended sentence. 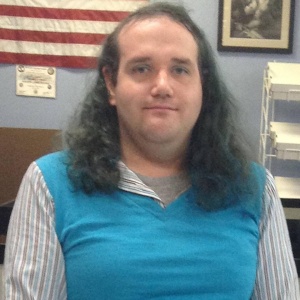 Chris is trolled by the Lady Managers and begins recording videos in similar ways that the Miscreants group of trolls had him perform. 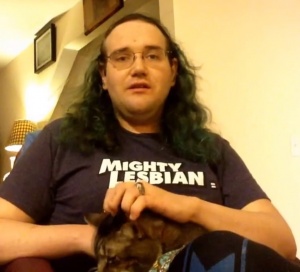 Chris and Pollo in December '15.

Chris continued raging against Gamestop and made several new videos, including A little song and dance and some Twelve New and Old Things of Christmas.