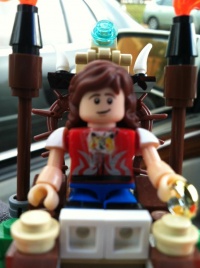 Chris's Lego self in October.

October 2012 saw some new pictures and statuses leaked from Chris's Facebook. Other than those, it was yet another month with little activity, much like the previous three were. This was probably due to Chris having to face punishment for his actions the previous year.