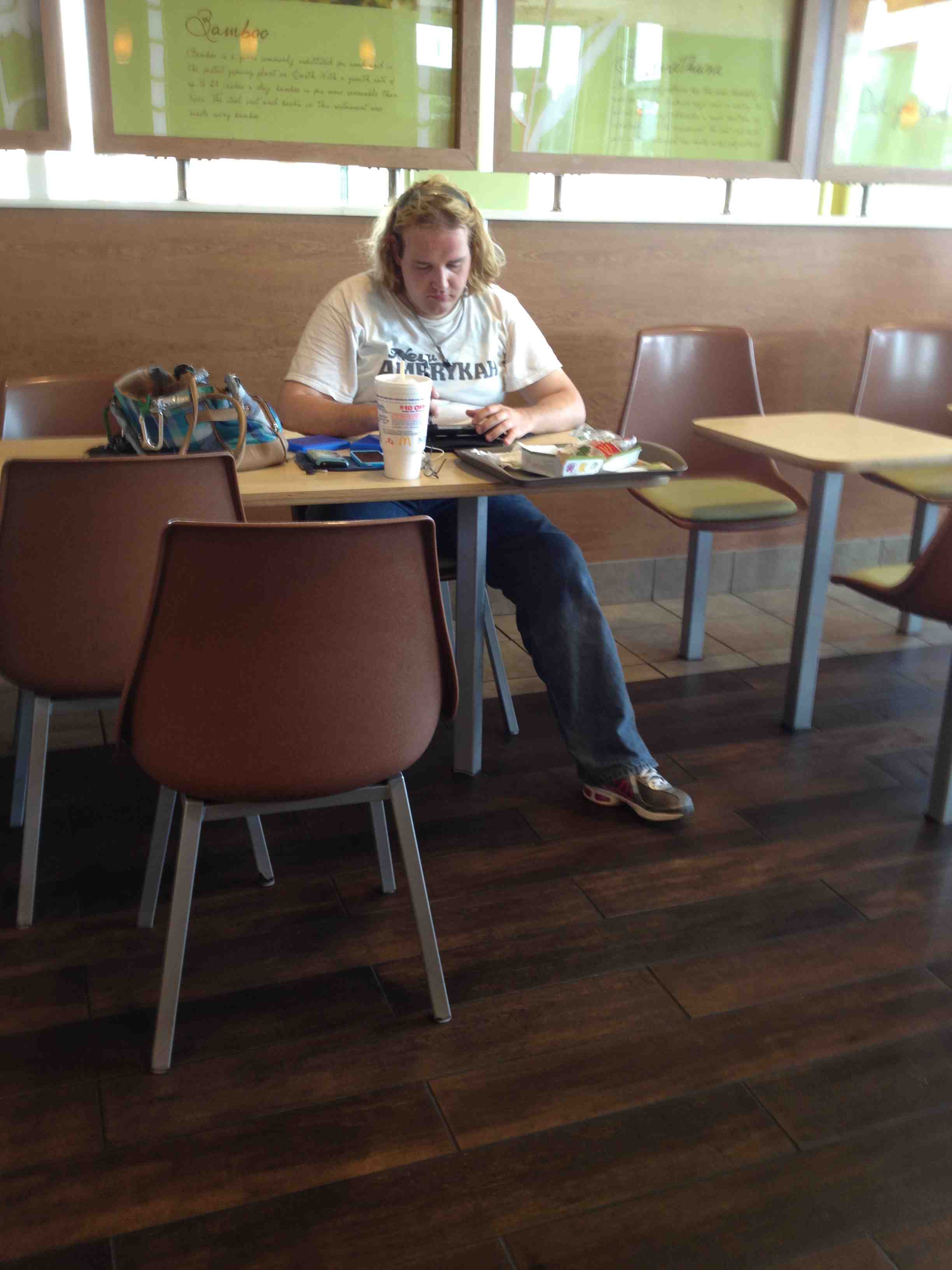 January was the first month of 2013. It saw little activity from Chris, aside from a sighting at a local McDonald's.