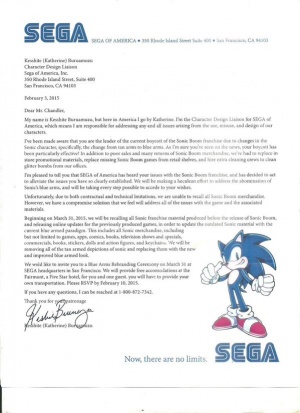 On 9 March 2015, Chris receives a TRUE and HONEST letter from SEGA.

March was the third month of 2015. Aside from his ramblings on Facebook and some leakings to the Kiwi Farms, this month was relatively quiet, likely because of his impending court case.