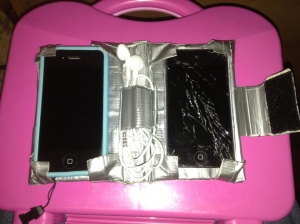 Witnessing the next Edison.

May was the fifth month of 2013. This month saw the closing of Flipnote Hatena, a Nintendo website that Chris had frequented in the past. It also saw Chris's latest invention, the "iDea Book Case", shown below.