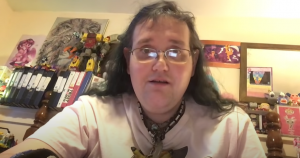 November was the eleventh month of 2020. Joe Biden won the presidential 2020 election of the United States this month. Aside from that, Chris took an interest in Randy Stair, uploaded a video of himself criticizing a fanfiction, and recorded a few audio clips for Sonic World.