The 2010s: the final frontier (for Chris's cholesterol, that is).

One of the darkest decades in the CWChronology at the time, the 2010s were notable for events such as Bob's death, 14 Branchland Court burning to the ground, Chris becoming transgender, and the further erosion of Chris’ mental health, especially at the hands of the Idea Guys throughout late 2017 and early 2018. It also saw Chris have numerous run-ins with the law: he attempted vehicular homicide, was arrested for hitting Michael Snyder with his car, and was later arrested again for macing a GameStop employee. Chris was aged between 27 and 37. 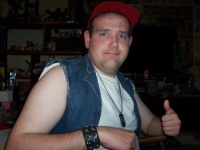 In 2010, Chris débuted the Gay Trucker. It was also the last year we would see that hair line. 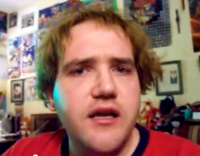 2011 brought deathly silence until the release of the Tomgirl Pictures, followed by Tomboys And Tomgirls of Virginia, Calling Out, Bob's passing, the publication of Sonichu's image by Slylock Fox, and a mother-and-son attack on the GAMe PLACe resulting in felony charges for the Chandlers. 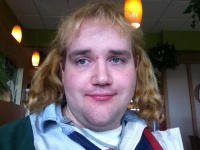 Chris kept quiet in 2012, not uploading a single video. He lost his virginity to a hooker, so as not to lose it to a homo-niggo in prison, but both he and Barb got away with probation at their court hearing. They later adopted two dogs. Chris's Facebook messages were also leaked. 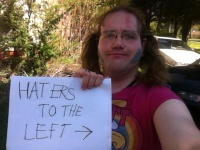 In 2013, Chris appeared on MTV, whined about homo marriage, got kicked out of his church, cut ties with Rocky, pledged not to bother the GAMe PLACe, returned to YouTube, found out that his high-school gal-pals were only pitying him, and made a new house tour.

In 2014, Chris's house burned to the ground. He and Barb became even more strapped for cash, with Chris selling his art on eBay and supposedly shoplifting from Best Buy. Chris began to identify as a lesbian transwoman, even attending a gay bar on Halloween. Chris was arrested in December for assaulting an employee at GameStop. 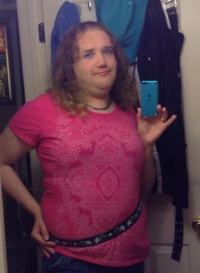 Christine in 2015, making a transition.

In 2015, Chris continued to transition to a Tomgirl and began to sell Sonichu Amiibo and other merchandise. Sonichu #11 was continued after a five-year hiatus. Chris attended OmegaCon, was found guilty for the GameStop Assault and served probation as a result. 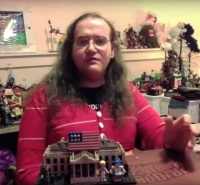 Chris spent most of the year begging for money. He also started and ended an embargo on GameStop, got through his probation without trouble, and towards the end of the year, made death threats towards the then-President-elect of the United States. 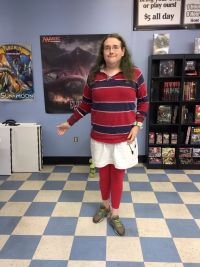 President Donald Trump took office on 20 January, in the midst of Chris' ongoing Financhu Crisis. Despite these obstacles, Chris overcame his stress to resume work on Sonichu in earnest and develop a slightly healthier social life. He began to recognize the gravity of his financial situation and tried to improve it by pawning off his most iconic possessions and shilling for his Patreon. On the other hand, he began harassing an online artist in an attempt to make a Sweetheart from the Ground-Up, only to incite a brief but intense period of old-fashioned trolling. By the end of the year, storm clouds began to gather as people started to manipulate Chris's mind. 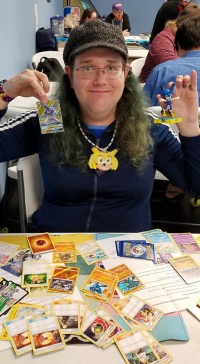 Bryanfrogboy and the Idea Guys continued to ween, the latter even extorting thousands of dollars out of Chris. A DNA test disproved Bob's claims of Cherokian blood. Chris met the fanbase at MAGfest. The Dimensional Merge was indefinitely prolonged. Chris had a tougher con experience at TooManyGames, where he was thrown out for touching guests inappropriately. The Teen Troon Squad began to manipulate Chris. The family acquired several new cats and were repeatedly sued for unpaid debts. 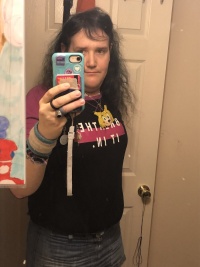 Chris got blocked by people he was obsessed with on Twitter and subsequently locked down his Twitter account. the Dimensional Merge was indefinitely delayed. Copitz went ghost-hunting with Chris in DeJarnette. Chris graduated the Therapeutic Docket. He continuted to promote a card game, Twilight Sparkle's Secret Shipfic Folder. Chris's public behaviour became odder, being observed talking to himself in public, grunting in court, claiming to have a heart attack and claiming that the Notre Dame fire was caused by a Pokémon. Debt agencies continued to harry the Chandlers. Jacob Sockness bought tickets to visit Chris, only to be dissuaded. Chris established Cwcvilleshopping.com.