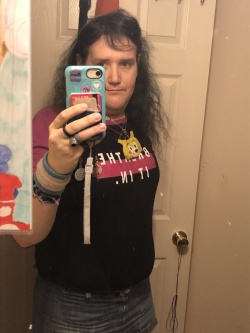 Chris at the start of #BronyBabes.

#BronyBabes is a Twitter hashtag campaign which began trending in early January 2019 with the objective of the participants, many of whom being members of the brony community, losing weight and adopting healthy lifestyle choices.

Chris' involvement in this campaign was likely inspired by the participation of TF2 Analysis cast members.[1] Later that same month, he would be blocked by several of these analysts. Chris seems to have given up as he has posted no updates since January 2019.