The Idea Guys were a group of four trolls: Joshua Wise, Stephen Boyd, and two anonymous followers. Together, they manipulated, extorted, and brainwashed Chris from October 2017 to April 2018. Initially, their aim was to see how gullible Chris was, but this soon degenerated into taking advantage of him financially and coercing him into performing many degrading acts, including some that would put BlueSpike to shame.

They are known for exploiting Chris’s escapist fantasies in order to plant their own ideas into his mind, and altered his sense of reality to an extreme degree. This abuse prompted a group of Kiwi Farms users, dubbed the Guard Dogs, to work together to dismantle the Idea Guys' schemes and pushed for them to face legal action. Thanks to their efforts, the Idea Guys' link to Chris was cut by late April 2018. However, authorities never looked into the matter and declined to do so.

Despite their removal, the Idea Guys' potent hold over Chris has led to lasting effects. To this day, Chris has retained many of the concepts they had influenced him into believing, such as changes to Sonichu canon, a polyamorous marriage, and his role in ushering in the Dimensional Merge as a goddess. As such, the Idea Guys have effectively had the greatest impact on Chris's psyche and personal life out of any trolls since the days of The Miscreants and are objectively the most successful trolls in that regard.

Chris's fantasy world had been ripe for exploitation in the lead-up to the Idea Guys' interactions with him. Years before, the Asperpedia Four manipulated Chris into killing off Simonla Rosechu in the comics. The Miscreants had also told Chris to name a character Vulva Pie - when he found out what the word meant, he was upset that he had been tricked but felt obligated to maintain Vulva Pie's name in canon.

Furthermore, Chris's reliance on his fantasy world as a coping mechanism for his real-world life had been increasing, evidenced when he believed he was dancing with Magi-Chan, one of his imaginary friends, during the 2017 BronyCon, which occurred only two months prior to Joshua Wise beginning contact with him.

The terrible reign of the original Idea Guy started in late October 2017, not very long after Chris's breakup with Jessica Quinn left his heart shattered. Joshua Wise began contacting Chris around this time and got him interested in the Hyperdimension Neptunia series, which Chris already knew about. Wise specifically got him to watch the anime adaptation, which ended up playing into Chris's existing preconceptions about reality and his belief that fictional worlds are alternate dimensions with the world of Gamindustri. From there, Wise began a series of experiments in seeing how poor Chris's grasp on reality really was, which – unbeknownst to either – would have a profound effect on his life. 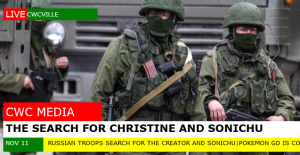 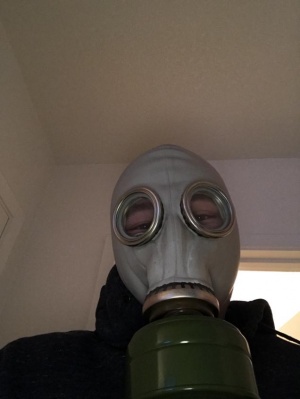 Wise's means of influencing Chris were surprisingly elaborate, taking the form of fake audio clips, such as Red Forest, and photoshopped images which he presented to Chris as documents from CWCville and Gamindustri. Wise initially played the role of a soldier from Gamindustri named John.[3]

The final straw in the unpopular views of the Idea Guys were their acts of extortion to Chris. Null, the owner of Kiwi Farms, revealed that they managed to extort $6,000 worth of video games and other accessories: not only that, Boyd also demanded $20,000 during a Discord chat, or else he would report Chris as a pedophile to the FBI.[4] When the Idea Guys threatened to destroy CWCville, Chris withheld a mortgage payment to save his fictional setting, nearly causing the so-called “Homeless Saga” in May 2018.

Fortunately, Chris's tendency to hold on to things obsessively assisted him this time, as Chris had kept each of the invoices and receipts from the transactions he made, allowing Null to gather the necessary information to begin tracking the Idea Guys.

In April 2018, The Captain was informed by Anna McLerran that the Idea Guys had maintained control over Chris, and were actively extorting him. She neglected to inform law enforcement, however, so she could focus on her college finals, before she eventually refused to help any further.[5] Eventually, Chris gave The Captain direct access to his Discord account, so he and the other Guard Dogs could collect all of the logs, images and videos from the Idea Guys' servers. While this information wouldn't be released until July, Chris referenced their removal from power as early as May. In reference to Null, Chris stated publicly that he had "very Powerful Allies helping to rectify the situation. I can't say much other than certain people should be Very Frightened right now!"[6]

Despite the Idea Guys being removed from power in May 2018, the damage to Chris’s sense of reality was immense. Chris, even though aware of the Idea Guys’ malevolence, continues to believe in many of their concepts – the most notable being the Dimensional Merge, which he believes will magically solve the Financhu Crisis, and bring CWCville/C-197 and all fictional characters to life. Other concepts that Chris still hold on to include his bisexuality,[8] his polyamorous marriage (which ended the Love Quest), Robertchu, theories about Ted Bundy,[9] and the 69 Sonichus and Rosechus.[10]

One user from the Kiwi Farms had a lengthy conversation with Wise, spanning from 3 December to 18 December 2017, archived in the Idea Guy Q&A. In it, Wise discusses how he had gained Chris’s trust, how Chris reacted to some of his ideas and mentions content which had not been publicly released, such as Chris wanting intel on whether Jessica Quinn was actually a troll, how Chris tried to prevent Jamsta from being jailed for molestation and Chris’s attempts to interact with Neptunia goddesses.

He hadn't shared all of his content over PM, generally only summarizing his interactions with Chris. After he was exposed, he offered to trade in all of his information in exchange for the moderators removing the dox of his family members. They refused on the grounds that they disliked his public trolling output and believed the dox would be an incentive for him to stay away from Chris, a message which Wise ignored.

On 22 January 2018, moderators at Kiwi Farms decided to dox Joshua Allen Wise, known on the forum as Ballzymaker94, as being the Idea Guy. This came two days after the release of Get Out, You D*** Nazis, which most posters rightfully assumed had been made unwillingly. With his doxing, Kiwi Farms users began digging through Wise's online presence, finding posts on the forum and Reddit in which he white knighted himself from criticism. He also attempted to publicize Chris's Idea Guy content in other communities. For example, in one post from 20 January 2018, he writes:[12]

Even after being exposed, he continued responding to private messages on the forum, until he and close family were doxxed.[13] At the time, it was believed that Joshua had been acting alone; thus, he was referred to as the sole Idea Guy. When similar content continued being produced post-dox however, observers began to suspect others' involvement, dubbing the new troll "Idea Guy 2.0".

On 11 July 2018, it was revealed by Kiwi Farms owner Null that Wise had never stopped, and that there had actually been three more Idea Guys. This revelation occurred after Chris allowed Null to enter his Discord account and view their collective chat logs. One of these newly identified Idea Guys was Stephen Boyd, who went by the name NinFreakLan on Kiwi Farms.[4] Prior to being exposed, Boyd participated in threads speculating the identity of the supposed "Idea Guy 2.0". When it was noted that this supposed new troll had begun trolling only a day after Wise had been doxxed, Boyd responded: