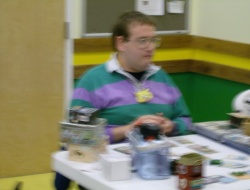 Did Mimms take this photo?
YES / NO 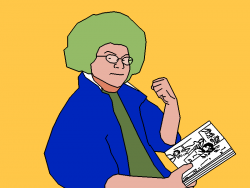 Daniel Mimms was a frequent patron of The GAMe PLACe back when Chris and Megan hung out there, and was an invaluable source for the earliest days of Christory. 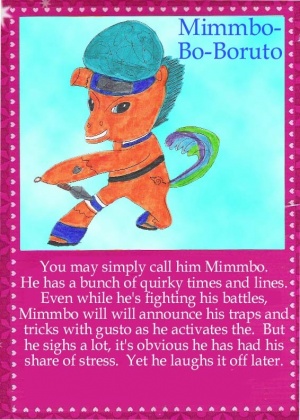 Mimms was such a good friend of Chris, he got his own custom My Little Pony.

Mimms hung out at the GAMe PLACe and sometimes played Chris in card games, most notably making Chris cry after beating him in one turn in a Yu-Gi-Oh! battle.

When a photo of the original creator of Sonichu was uploaded to 4chan/ED in late 2007, Chris suspected Mimms, and brought his parents into the store for an interrogation. In the Private Villa of Corrupted Citizens, Mimms admitted that he did take the picture.

Chris seemed upset to have been betrayed by his Game Place joy-boys, describing learning that "TWO OF THE TROLLS were old Pokémon TCG comrades in that same League I used to go to HAD PART in the creation of that D*** E.D. Page" as one of the 10 worst things that happened to him in his life.[2] On 3 August 2009, Chris apologized for getting his parents to confront Mimms, and said "if you will let me know what I have done wrong unto you to cause you grief, I will be happy to listen and fully comprehend."[3]

In May 2012, Chris publicly provided a link to Mimms' Facebook account, for some reason believing the trolls would harass him instead of Chris.

Lending further lunacy to this announcement is the fact that Mimms never denied knowing Chris, or had any reason to.