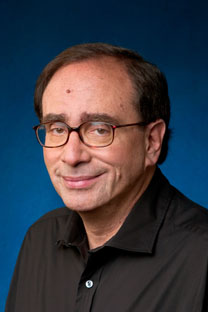 They even look the same!

Chris posing as a harmless young boy with his favorite book.

Robert Lawrence Stine (born 8 October 1943) is a famed author, best known for creating the children's horror novel series Goosebumps and Fear Street. He is frequently cited by Chris as a major literary influence, even as he misspells his name half the time.[1]

Whereas most children outgrow R.L. Stine novels by age 10, having discovered meatier and more sophisticated fiction in line with their intellectual and emotional development, Chris remained an ardent fan of his work well into high school. Any inferences one may make from this are entirely correct. This could possibly explain some of Chris's flaws in his writing, such as one-dimensional characters and predictable plots.

These books have also probably influenced his belief in and understanding of ghosts and other occult topics. 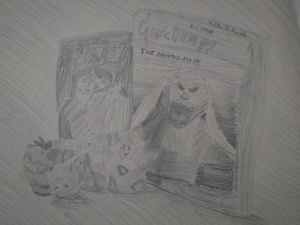 Chris reminisces about his reading days.

In Sonichu #7, Chris tells Megan that his inspiration to create Bionic the Hedgehog struck while he was reading "a 'Fear Street' novel from my favorite author R.L. Stein". In the same issue he reminisces: "When I read a 'Goosebumps' or 'Fear Street' book back in the day, I'd fill each character role with ones from the wide-world of Sonic the Hedgehog. Sometimes, I would put myself in a lead role, but before I was able to, I had to train my brain to visually remember what I looked like from a mirror."