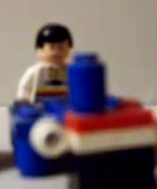 Reginald Chandler is Chris's imaginary son and brother to his fictitious daughter Crystal. He pees on the ceiling.[2] He is briefly mentioned in chats with Panda.

His origins seemingly begin with PandaHalo and her discussions with Chris about the married life they will have in the future (as for Chris, a single date will inevitably lead to a long and happy marriage).

Although Reginald has been mentioned several times in conversation, he is nothing in comparison to his younger sister in Chris's eyes. Reginald has no persona in the comics (except possibly as Reginald Sneasel) and has never appeared to Chris in a dream. Since the untimely death of PandaHalo, Reginald has not been mentioned outside of direct questioning and a recent video, although it is likely that Chris would still name his hypothetical first-born son Reginald all the same.

Reginald was featured in the PlayingHouse video, where Chris pretends Jackie is the mother of his children. This time he was depicted as the younger brother to Crystal. While Crystal can write in a diary despite being in preschool, Reginald was mitigated to speaking only in baby babble. The only interaction Chris has with him is complaining about cleaning up the mess he made in the bathroom, changing his diaper, mentioning that he threw up several times during dinner (never stopping to wipe him off), and demanding he stay quiet for the night so he can fuck his wife in peace. It's interesting to note that Chris mentions that Reginald sits in a booster seat, not a high chair. While it's likely Chris doesn't know the difference, it also implies Reginald is big enough to be a toddler. Being a toddler who can only speak in gibberish suggests he inherited a lot from his father.

In April 2019, Future message from Crystal W Chandler was uploaded to YouTube, purporting to depict a visit from a time-traveling Reginald.