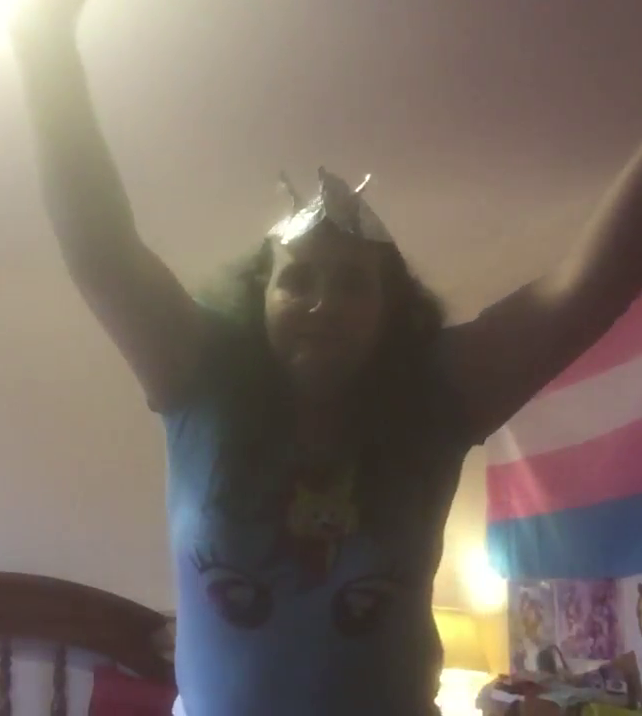 A conspiracy theory is a belief that a secret, powerful, evil organization is responsible for an event. Among the many issues faced by Chris in his perception of reality, his tendency towards conspiracy theories is the one that has caused him the most trouble. Chris views the fact of his own life through the lens of his huge, cloying ego, and as such believes that anyone who prevents him from getting what he wants is only interested in being mean to him for its own sake, something to which neither he nor his parents take kindly.

When no culprit responsible for his unhappiness is visible, Chris prefers to accuse unseen hands of plotting against him – even years after actual conspirators stopped trolling him. By placing the blame at the feet of someone else, be they seen or unseen, this allows Chris to shirk responsibility for his own actions (as usual) and continue on his merry way with the kind of poor behavior that will fail him in the long run and leave him miserable later into his life, presuming that he ever gets that far.

Chris's tendencies towards these sorts of thoughts may spiral back to two people: Robert and Barbara Chandler. A phone call between his parents and a GAMe PLACe employee revealed a number of things; most importantly, it illustrated that they believe Chris's entire trolling began as a conspiracy between Michael Snyder, Megan Schroeder, and a number of potential homosexuals to "terrorize", "torment", and "persecute" Chris for being autistic, going so far as to believe they broke into Chris's credit card account and tried to ruin his credit. Considering how readily and fervently these beliefs were held by his parents, it is sadly little wonder that Chris thinks the same way.