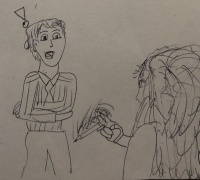 Chris demonstrates the rubber pencil trick his psychic power to his doctor, who is "wowed" by it 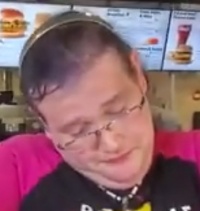 #PsychicPowers is the hashtag used in the description for brief video clips Chris uploads to Twitter in which he silently demonstrates his psychic powers by holding items until the vibrations of his hand causes them to fall.

Chris, role-playing as Magi-Chan, tries to levitate a fidget cube but fails.

In a video by Xleepy, Chris tries levitating the stone for 38 seconds while at McDonalds.