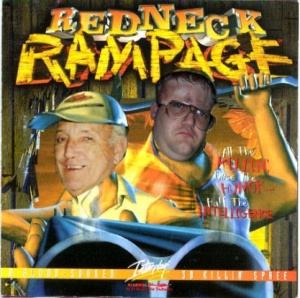 Soon at a GAMe PLACe near you!

The phone call is enlightening as it reveals a number of things concerning Bob and his views of Chris and those he talks to. These include that he never knew of the trespassing incident in June and that, for some unknown reason, he believes Chris's trolling incidents are a conspiracy based in the GAMe PLACe, with the help of Megan Schroeder and some kids he "thinks were gay" (probably Eric and Tito[1]). He also reveals that Chris has been having some credit card troubles and is blaming the vast Greene County conspiracy to cover his own ass.

The call put Bob in a less sympathetic light in the eyes of most observers, as he was revealed to be just as delusional as his son.