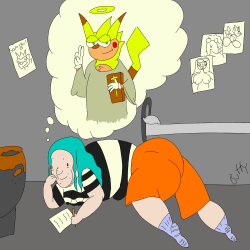 On 1 August 2021, Chris was arrested on a charge of incest against his mother Barbara, marking the first fully offline saga of Christory since his high school years. Almost all knowledge of what Chris and Barbara have been up to since his arrest has come from communications from jail – letters and phone calls – while he awaits his hearings.

This page catalogues Chris's written letters. Drawings which Chris has mailed out from jail are featured on the Jail Art page. 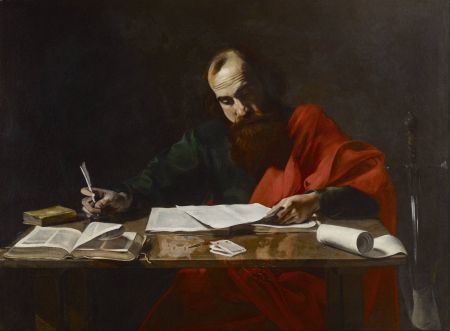 Chris responds to a letter from Kenneth Engelhardt.

Chris's second letter to Kenneth Engelhardt. Topics include Ken trying to mail Chris a copy of the Quran, Ken trying to arrange a pardon for Chris, Chris being unsure of wanting to kiss Null or Judas, and Chris commenting on prison ramen.

Chris's third letter to Kenneth Engelhardt. Chris instructs his fans to visit and donate to Barbara.

Chris's fourth letter to Kenneth Engelhardt, on his experience in jail.

Chris sends a sixth letter to Kenneth Engelhardt. He further declares Null an incarnation of Judas, calling him a traitor and decides to "leak" various secrets about him.

Chris sends an eighth letter to Kenneth Engelhardt. He demands $200,000 to be sent to Barb following her involvement in a car crash in late November that totalled the latest iteration of Son-Chu.

Chris sends a ninth letter to Kenneth Engelhardt. Chris makes a big point that Kenneth is only permitted to share a specific page online, feeling betrayed by the one letter he didn't even post. The allowed page isn't too noteworthy, Chris shares more lore within his version of Neo-christianity, more specifically how his mother is the avatar of Emanuel and his reincarnation after being crucified as Jesus 2022 years ago.

Chris sends a tenth letter to Kenneth Engelhardt. He shuts down Kenneth's Sonichen-Sonichu crossover idea with a frank "HELL NO!!!", providing guidelines for future fanfictions (all of which the original Soinchu comic violates). Chris also provides extensive information about the geography of C-197 and states his intentions to return to 14 Branchland Court when released.

Chris sends another letter to Kenneth, which he requests to conceal the contents of yet again.

Chris tells Helena about his time at the mental hospital and denies having committed incest with Barb.

Chris answers a series of questions from Eels.

Chris rambles on about his delusions in a confidential letter to Eels and Helena and apparently reveals that Barb is no longer living at 14 Branchland Court (a claim later shown to be false).

Another confidential letter to Eels and Helena.

Chris tells Eels about his impending release from jail (which once again failed to transpire).

Chris tells Eels and Helena that Barb is still at her house and attempts to use legal blackmail to force her out. He also indicates that he believes Jacob Sockness to be dead.

Chris writes to Kenneth expressing approval of a potential "Sonichu Base" web project which would be created in collaboration with Helena and Caden.

Another confidential letter to Eels and Helena discussing Chris's plans to force Barb out of her house and put her in a home.

A confidential letter to Kenneth recapitulating his previous letter to Eels and Helena.

Chris rants to Kenneth about his mother and the weather.

Chris rants to Kenneth about Barb, her relatives, his lawyer, Region 10, the mental hospital staff and Jacob Sockness (who he still believes is dead).

Chris sends a packet of three letters to Kenneth: one for him, one for Helena and one for everybody involved in the Sonichu fan project. Chris provides information on the Sonichu canon and his future plans for the series once he is released. Chris also discusses Barb and his legal situation.

Chris's last letter to Kenneth to date. Chris defends his claims to divinity and his behavior toward Barb. He also discusses Monkeypox and his use of antiquated English in his letters. Kenneth responded to this letter by "excommunicating" him from the Sonichu fan project.

Chris is permitted to make outbound calls from jail for a maximum duration of fifteen minutes using money from his inmate account. As of May 2022, three people had recorded a total of six calls (assuming the medallion promotions were all recorded at the same time) and uploaded them in whole or in part to the internet. Chris has also tried calling Barbara and, at least on some occasions, has been unable to reach her.[2]