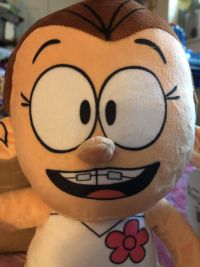 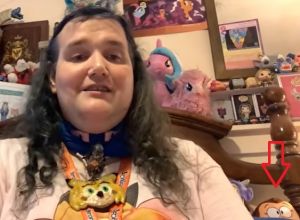 The plush, as seen in Help send Chris-Chan to Everfree NW. 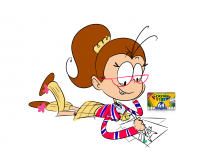 How Chris views Luan according to the letter.

On 21 October 2021, Chris sent a letter from jail, responding to another failed attempt to troll him. He was asked about the allegedly risqué activities he performed with a plushie of an underaged cartoon character he owned, Luan Loud of The Loud House, which he had received in the mail in September 2020.[1] The original sender pretended to be Master Shake and gave Chris a Persian blessing, which was actually a transliteration of "Ian Brandon Anderson". The sender posted his letter and Chris's response to the /co/ board on 4chan.[2]