The main topic of the conversation is dating. As one might expect, Chris expects this "friend" to do all of the work of contacting women while he lays back and waits for the ladies' responses. However, the friend refuses to be a wingman, instead offering some good advice about how to initiate conversation that doesn't make him sound like a stilted robot. Chris indignantly insists that his way "IS FAR SUPERIOR". He also believes that Kacey was one of the few gal-pals with whom he had a chance, and said friend has to remind him that she was a troll.

Interestingly, when the friend reveals that he doesn't have a girlfriend, Chris starts to be a bit more condescending, (even calling him "kid" at one point), rounding the chat off by telling him that he needs to get laid. However, the friend seems to not have as loose morals as Chris, pointing out that hiring a hooker is a terrible way to find TRUE and HONEST love. Chris, of course, ignores this and tries to push his "Abstinence is a Big Joke" mantra on him.

Chris's awful grasp of the value of a dollar resurfaces here. He begs for gas money, but his friend points out that Chris should have money from his art sales. Chris reveals that $200 he recently made on a commission went to food and necessities, but also a payment on a Toys R Us card, presumably to feed his need for Legos. He also claims that the sale of his dad's violin went towards feeding himself and Barb. 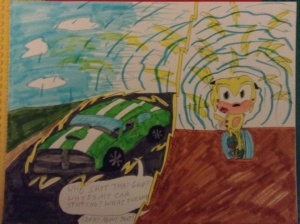 "A drawing piece with her drag race car." 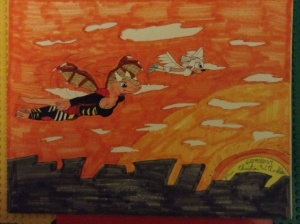 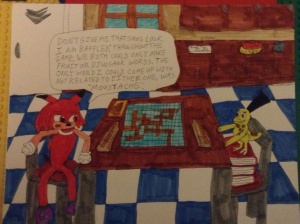 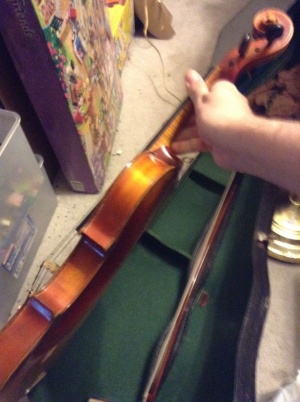