BlueSpike PSN Chat 3.5 was a continuation of the third PlayStation Network chat between "Julie" (BlueSpike) and Chris, held on 18 February 2009.

This chat is notable because of Chris's stunning lack of geographical knowledge, his blatant racism and for talking about his father.

[We join Julie and Chris in medias res, carrying on their previous discussion.]

Julie: Do you accept that though?

Chris: I accept that.

Julie: Thank you Chris, that means a lot.

Julie: So is there anything you want to talk about?

Chris: Have you seen Nick & Norah?

Chris: It's a fun movie.

[Chris and Julie talk over each other]

Julie: Oh. What's it about?

Chris: I just watched it- I rented it.

Chris: Uhhh... Nick and Norah met at... uhh at a concert-type thing. And it's like they first meet as strangers, and then she- and then she finds out that he's the guy that uh, did the uh, mint CD's for... his ex. And that uh you know, her f- his ex uh, threw it in a garbage can and uh, Norah's been taking them and copying them to her iPod.

Chris: I'd like- uhh, if you want, that can be the first movie we share together. I can re-rent it.

Julie: Sure I would enjoy that.

Chris: A'right. Actually uh, lemme uh- uh- I'll read you the description from the back of the box here.

Chris: Says here: After a chance encounterrrrr... Nick and Norah embark on a journey to New York in the rock scene on a quest to find the secret show of a legendary band and wind up finding each other. [pause] Stars uh, Michelle Sarah and Kat Dennings.

Chris: That heart is in uh- is a pair of earphones.

[audio returns to being quiet]

Chris: [Due to Chris's mumbling and low audio volume his precise words are inaudible, but the general gist is that he is describing the cover of the movie.] -you can see on- on the cover here. I have a mini poster of that movie. 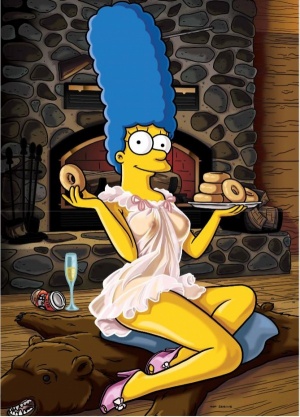 The picture of a married woman Chris is pretending to be (and faps to).

Julie: Oh- can you do your impersonation of Homer?

Chris: [horrific sucking noise, as though Chris was enjoying a nice, healthy, 100% all meat pickle]

Julie: Chris, can you guess what my favorite impression is?

Julie: That's a good one but... that's not my favorite!

Julie: Heh. Can you sing the song later p-please? 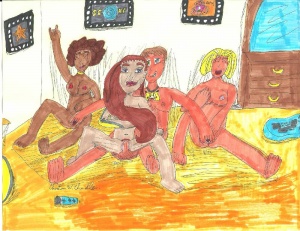 Chris will definitely sleep with them.

Julie: Mmm! Oh, that's really good. Can I ask you a serious question though?

Julie: What-What do you think about black people?

Chris: [pause] In general a black- black people are okay and they are respectable.

Chris: I have nothing against black people personally.

Chris: Okay. Yeah well, it-it does- when it comes to the women, I-I'm... I am willing to be friends with them, and I'll sleep with them, just like uh any other woman, but I would not want to date a black woman.

Chris: Mm- just called me old fashioned, the way I was bought up.

Chris: Yeah I like [Chris does a very poor Japanese accent] Japanese people too.

Julie: Wait was that Japanese or Chinese?

Julie: Hah. Phh- bwhwa. Ah. [suddenly serious] Chris, do you think we could talk about your father for a bit?

Julie: Yeah. Like, why doesn't he believe Molvanîa? It makes me really mad!

Chris: I guess just because he can't find it on the map.

Chris: ... for one thing. And he's traveled to uh, U- Europe at least, he's been to uh- I think it was North Korea... during the Korean war- he-[Windows beeping] he was in the signal corps.

Chris: Worked on the uh, technish-technical stuff and all that.

Julie: Mmm. Well I just thought of something- what about um-

Chris: [soft] What was your thought?

Julie: -do you think you could do a Jewish impersonation? I'm sorry, but could you?

Julie: Yeah you know, a-an impersonation of a Jewish person.

Chris: [pause] [nasally, neigh inaudible rasping, feeble attempt to imitate Mort] Peter- Peter I need to know where the bathroom is because I took an uh, dead thumb in the uh, break-van and I really gotta go poop.

[Transcriber's note: Seriously, I've been over and over this, I have absolutely no idea what Chris is babbling about in the quote above since the audio quality is horrible and the terrible, offensive accent makes it almost impossible to make out. I am GUESSING that he is basing this quote on the opening scene of Family Guy's Road to Germany, where Mort says to Peter: "Peter! May I use your restroom? I took a laxative and a stool hardener, and urhg. They're fighting it out in there...!"] 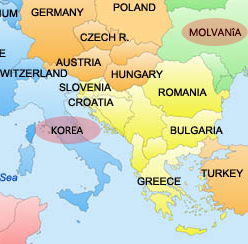 Strange, Bob was actually serving quite near to Molvanîa.

Chris: I got- I got the left and the right mixed up.

Chris: You know that's funny sometimes how people can get their left and their right mixed up?

Julie: Yeah. It's like, why is he- I-I really don't wanna be rude- but why is he so sour and everything?

Chris: Why is he so sour?

Julie: Yeah, why is he so [beep] sour about everything?

Julie: So he finds more ways to argue... wait, what's the expression you used?

Chris: Oh yeah, he- he starts more arguments than there are flies at a garbage dump.

Chris: But you know uh, when he's not- when he's not picking out an argument he can be a pretty pleasant conversationalist.

Chris: He could be a tour guide.

Julie: What was he doing anyway, uh- fixing a CD player?

Chris: Uh yeah he's got uh, one of the battery operated CD players we had laying around and uh... he was t- he was testing... that.

Chris: He asked me if I knew- if I uh knew where he could find the power cord to it, but I haven't... seen it- seen one in there.

Chris: Mmm. So that's- yeah. I did tell you he worked at General Electric, designed the controls for the plastic molding machine.

Chris: Yeah apparently uh, he had some designs over in the- over in the uh- o-over in [Skype noise] -Cleveland or a nearby city, [inaudible] I think it was?

Chris: I hope it's wide enough.

Julie: Yeah. Me too.

Chris: I just made that up.

Julie: Hey Chris, what do you think about Indians?

Chris: Uhh, are you talking about uh, Native Americans or people from India?