100_2178.MOV is a video uploaded to YouTube on 8 May 2010 in which Chris, lonely and lost at the bottom of a depression-well, reflects on the state of his life. The video gives Christorians a look into how utterly detached Chris was from reality at this stage in his life.

Chris made this video after coming home alone from an EXTREME ACTION SPORTS show to which he had won 4 tickets from a radio call-in contest. As he could not find anyone else to go with him, even after he called the members of his Church's Young Adult Social Group, he was forced to scalp the tickets in front of the stadium and then sit alone in the bleachers beside a "lovey-dovey couple" (who probably haven't even got a pimped out PS3 controller) while handsomer, happier, less autistic men did flips on motorcycles for the roaring crowd. This situation causes Chris to reflect introspectively on his life, or at the very least complain about the latest faults that have occurred since he and Jackie broke apart.

Chris, with his victim complex, inexplicably blames the Greene County school board (which tried to pull him out of Nathanael Greene Elementary School when he was a child) for heading a conspiracy to keep him in his "autistic shell" – first by supposedly trying to institutionalize him for being autistic then, after many years with no interaction with him, going so far as to pay a realtor over $9,000[1] to keep his family's house in Ruckersville from selling so that his family would have to move back to a town where he had fewer friends after high school. 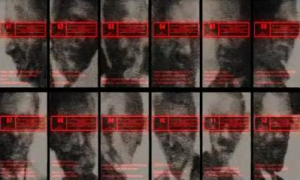 He is not aware that:

Using the board as a not-so-convenient excuse to ignore the fact that he himself is the only consistent factor in his unbroken series of failures, he goes on to muse that they bribed Michael Snyder (years later again) to ban him from The GAMe PLACe. There is no "evidence" yet linking them to Mary Lee Walsh, the Jerkops, or the 15,000 some-odd people of Greene County who somehow spontaneously decided not to be Chris's friends for no reason. Chris seems to restrain himself from calling Snyder a "greedy Jew", stopping after "greedy". He ends the video by wishing that they, Michael Snyder, and the trolls would all go to hell for playing Kick the Autistic.

Perhaps coincidentally, the video was uploaded 16 years to the day since Bob's case against Greene County was thrown out of court.

[Chris sits in the dark in front of his TV, which is, shockingly, turned off. He is visible only in silhouette. A fan hums in the background.]

This is Christian Weston Chandler, alias Christopher Weston Chandler, pre 1990-something. Anyway, I-I have sent this message to all the peo- ...ple that were of the Greene County School Board... and such... during the 1990s... because... Threatening to put me in a mental institution. That was pretty much why we had to run away... and move to Chesterfield County, and I had better life over there, I had a lo- I had so many friends over there, in high school. And I was just sad to leave, when I, after I graduated. 'Cause I had to leave all my friends. I had the good life. But we were forced to move back here.

You people of Greene County, you could not have left us, uh, left me and my family alone. You had to go and pay off the realtors, just so, this h- so that this house here could not have been sold. If it, 'cause if it had been sold, we would have been able to stay in Chesterfield County. [sigh] And I would have been ha- I would have had a lot- a happier life over there, than right now and how I'm feeling. If, right now, because we ha- 'cause we were forced to move back here because of you goddamn... people who were afraid of autistic individuals.

You individuals would know who you are. I wish my family and I did not have to move back here. I wish we could have stayed in Chesterfield County, 'cause I had the better life there. And we were doing we- we were doing well, but you had to drag us down! You had to make us unable to sell our house here. You had to force my family to move back here, where I was okay and I have a couple of friends, and I'm better off with... [Voice cracks, shakes arm to gesture at room.] stuff.

And it all just went downhill. I bet, even Greene County had something to do with influencing that goddamn Michael Snyder to see f- to see any... so recourse... or... anything like that to make him pretend to have a reason to kick me out, quote-unquote "scaaaaring his customers away!" [Flips off the camera] You goddamn, greedy... Snyder!

I was at the John Paul Jones Arena earlier tonight, at the Extreme Action Sports. I had won four tickets the previous Friday, Friday of the last week, from 95.1. The few friends I have here could not have come- could not come with me, and I could not even find anyone in the congregation to take- to go with me. 'Cause I misplaced directory for one reason. And even with the help of, uh, my pastoral counselor to get in contact with them, they did not call- none of them called me back!

And I had to sell the... tickets I had, and I had to sit there next to a... lovey-dovey couple. [His voice begins to crack.] Which, that was okay, you know, I was trying to be... good- I was trying to be good friend, you know... [scratches back of head] Sociable. [sigh] But still, if that was... If I had stayed in Chesterfield County, and I would- and I had a similar situation for an event there... I would definitely have had my friends I had there. Moving back here, it just dragged me downhill. So I tell you what, Greene County... Because you saw fit to make- to make me and my family have to move back here, just to make me sad, and move more into my Autistic Shell: you did it.

Laugh all you want, trolls! Because... I don't give a damn. You're all just immature, naïve, condescending, soulless monsters. You don't care about others, you only care about yourselves. You only care about getting your own laughs and kicks, because you don't h- you don't have your own social life! You threaten me from ha- from trying to seek one of my own, by scaring me on the Internet and whatnot.

Including Clyde Cash, you can all go to hell. And all the people that were on the Greene County School Board during the 1990s then that forced us to have to move back here, sit and spin... Hell.

And Michael Snyder, I hope you go to Hell, too!