From CWCki
(Redirected from Mathematics)
Jump to navigation Jump to search

Chris showing off his scientific side with Dimensional Merge statistics written on a McDonald's napkin.

Science is the systematic study of the natural world through observation and experimentation. Science can be divided into pure science, which studies natural phenomena, and applied science, which finds practical uses for said phenomena.

Chris has an on/off history with science – though it is mostly off. His view on science, nature, and technology is utterly warped. He has lost touch with the times and thinks science is much more ahead in certain fields than it actually is, probably due to him getting all his information through fictional media. He has also mixed up real science, pop science, pseudoscience, and other things he has learned from media and enablers to create a very distorted view of nature.

His ego also causes him to reject scientific findings, such as when he rejected the fact that Asperger syndrome and high-functioning autism are one and the same.

Chris comes from a scientific background on his father's side. Bob was a scientific man; he worked as a GE engineer for a large part of his life. He wanted Chris to be into science too, so he had set up a small workshop where he and young Chris would tinker around. Chris's paternal half-siblings both held STEM doctorates, and Chris himself has an Applied Science associate's degree in CADD. Alas, none of this got Chris deeply interested in science.

Chris has stated his opinions on science in his OkCupid questionnaire. He said all types of science are interesting to him, though he finds conversations about science to be boring and annoying. He claims to put equal weight in science and faith and enjoys finding out how things work.

All these however should be taken with a grain of salt since he was ready to do anything (including lying) to obtain china. His actual views on pure science are probably low or non existant since he slept through high school. He may have a positive opinion on computer science due to him being hooked on computers since a very young age. Unsurprisingly, Chris is not interested in engineering; all his engineering marvels are shitty duct tape and Lego creations that a child could also make.

There are multiple things that are horribly wrong in the Sonichu comics, including a lack of regard for the laws of physics. Documenting all of these would be impossible since each page of the comic has some law being broken.

All kinds of wacky things happen in the comics, such as light behaving to the wishes of the Great Director Chandler. 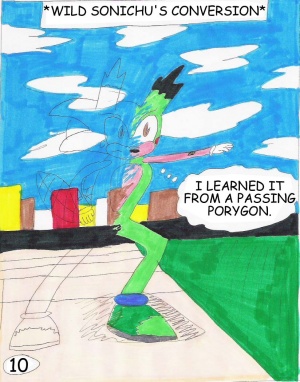 Velocity and acceleration are as random as the lottery, friction becomes fiction, and hypothetical concepts such as parallel dimensions and portals are everyday occurrences. 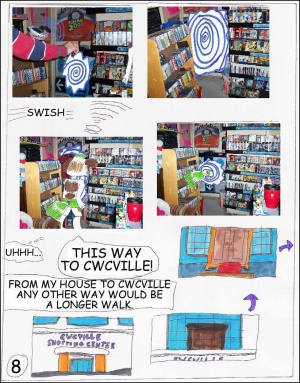 Normally, these discrepancies from reality could be written off as science fiction. But Chris thinks all of this really happened in some other dimension, and it can be considered as a critique of his scientific knowledge.

In real life, since Chris has no real powers, he has to play by the rules of physics, but he maintains an unbending belief in unproven concepts. Most of these beliefs can be traced back to fictional media he likes, such as Who Framed Roger Rabbit and Futurama for the multiple dimensions,[1] and Rick and Morty to prove that there are other people who can traverse dimensions.[2]

Chris had two gal-pals as partners in his Chemistry lab. Not much else is known of his views on Chemistry, though he probably has low opinions about it due to the rote nature of chemistry and him being a lazy bum.

Chris's history with biology is well documented due to him torturing his body by ramming all sorts of things into holes where they don't belong while also torturing biologists by making ungodly anatomical drawings of Electric Hedgehog Pokémon and shitty morphological drawings of humans.

Out of all the sciences, Chris is probably the best at computer science. Like most people born during or after the 1980s, he has been around computers since his childhood. He took some computer upgrade classes in PVCC, and he bragged to Kacey's dad that he's technologically inclined. He coded most of his websites by hand using text editors, as opposed to using purpose built HTML editors that do the heavy work for him.[3] He knows a bit about older computers like the Commodore 64 due to his age and nostalgia. 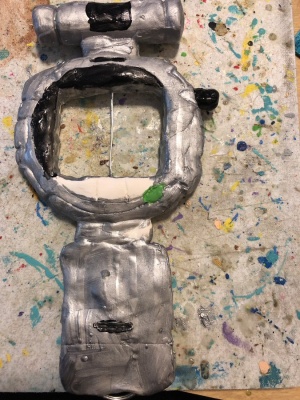 The raw materials Chris uses are limited to Crayola Model Magic, Legos and duct tape. Due to his new interest in cosplaying, he has started making some accessories to go along with the costume. When he cosplayed as Kris from Pokémon Crystal for BronyCon 2019, he tried to make a Pokégear. Instead of using proper professional materials, he opted to use Crayola Model Magic.

Medicine is a field of applied human biology which helps in keeping a person's health in check. Chris has incredibly poor mental, physical and social health.

Another problem he creates is by self-medicating and relying on unlicensed people. He did go to a doctor in occasion for his physical health checkups,[4] but refused to go to a proper mental health counsellor and went to his church's pastoral counsellor instead.

Recently, he has put in an effort to improve in all fields, but nowhere near what is required to make him a fully functional human being.

Chris has almost never spoken about astronomy, though he has talked about astronomy's retarded older sibling, astrology. Chris has for a long time told others about his (and his creation's) Zodiac signs, proving he has some belief in it. He has mentioned in an IRC chat that he reads his horoscope daily, and in his February 2012 Facebook Posts, posted in detail about his interpretation of his horoscope. In his OkCupid questionaire, he considered astrology to be a legitimate science.

Chris has shown to have a belief in magic many times: the most notable example is the belief that he had the power to curse people.

A subset of his beliefs in magic, Chris has started purchasing and wearing various semi-precious stones which supposedly mentally calm and heal him. He also purchased a 80$ water bottle with some rocks in it which also help him accomplish the same.

Subliminal Frequency Hypnosis videos are sets of audio on YouTube consisting of binaural beats, claiming to help listeners do things such as reduce body odor, turn a penis into a vagina, and make your ass fatter and stomach thinner without having to do any actual work - all of which are claims without any sort of real evidence to their effectiveness. Chris started watching these in 2016 in an attempt to speed up his gender transition. This culminated in Chris slicing his taint open because he believed that watching these videos caused a vagina to grow inside him. Despite risking his health from doing so, he continued to follow them, this time in an attempt to develop psychic powers. Of all the videos he's watched, only the ass fattening one has truly worked, and not through its own means.

Chris has seemed to develop a fixation towards numerology, which became especially prevelent in several jail letters.

Chris has stated on at least one occasion that his math education goes all the way up to college Trigonometry, which shows that at some point he's also learned at least some college-level algebra and geometry, as they are both prerequisites to a typical trigonometry course. He has bragged to Julie about how he's "a pretty good math genius." He claims he received A's in his math classes. However, he hasn't used his supposed talent to his advantage by getting a job in a technical field.[5] On his Wikipedia page, he cited his mathematical talent as proof he should have received an award at graduation. In Mumble 2, he said he got into a car crash while doing math in his head. 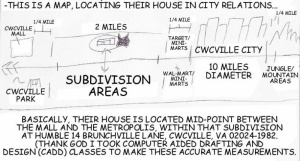