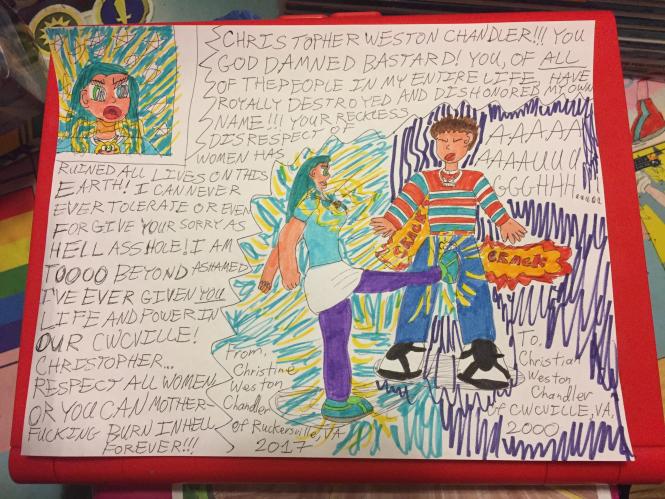 Chris's gender issues in a nutshell.

Similar to the topic of faith and the topic of morality, Chris's actual beliefs on gender and how it is classified are more complex than his stated beliefs. For someone so preoccupied with gender identity, Chris displays a staggering ignorance of how either gender typically behaves, and his views of both genders are extremely warped due to him taking the stereotypes he is presented with in television and music at face value.

Chris repeatedly asserts his reverence of women, and seems to have a comparatively glowing opinion of them, stating that he finds women "empathetic". But, as stated at the beginning of the article, the truth is more complicated. While Chris has always preferred female friends, and is known to be far more accommodating of lesbians than gay men, even going so far as to identify as one himself, in truth, Chris has a distinctly sexist view of women. Based on his failed attempts at getting girls at the mall, Chris views females as hyper-sexual, preoccupied with shopping, given to conversing with others for hours, and fixated on getting married and having children. This is highly evident in his female characters in Sonichu. As a matter of fact, In Sonichu #9, he referred to women as another species. This seems to be hyperbole, but considering Chris' abysmal knowledge of the sciences, it is difficult to be sure. His Rosechu character who is a living embodiment of how Chris believes all women behave, has a "personality" which consists solely of the traits listed above, which is considered ironic as Chris constantly tries to show Rosechu with a passion for Women's Rights. Despite trying to portray them as being equal in power to their male counterparts, Chris rarely depicts Rosechus fighting, more often simply leaving them on the sidelines of a battle to wail like damsels in distress, even when their boyfriends are in mortal danger. Even outside battle, they tend to be little more than organic sex toys for the Sonichus.

Chris has harbored a deep hatred for men ever since his teenage years, because he was bullied in grade school (largely because of his bloated ego making him extremely annoying to be around), not to mention the fact that Chris is known to fly into fits of jealous rage whenever he sees a man more successful than him, especially if that man is getting some and he isn't. This gradually blossomed into a general distaste for masculine traits such as body hair; indeed, in his nudes it is apparent that he is surprisingly meticulous in shaving his body hair, certainly compared to other aspects of grooming. He also has stated, as shown in this video, a disgust for "topless men" and encourages men to wear muscle bras so he doesn't have to see their nipples. He even made a (now outdated) short list of the men he doesn't consider "jerks", which included himself, his father and Santa Clause [sic]. Chris's misandry continued after identifying as a "tomgirl"; he has variously referred to men in general as "barbarians" and "Neanderthals", which, coming from him, are rather ironic accusations for a number of reasons.

Chris has since relaxed his former misandric attitude and no longer takes issue with the company of men.

It has been speculated for a long time that Chris has gender issues, confirmed in 2016 when he was diagnosed with gender identity disorder.[2] In 2005, he created Crystal Weston Chandler, a female version of himself. In Christian Weston Chandler's FUTURE MESSAGE, he mentioned that you should try out the opposite gender's toys while keeping your original gender in mind, possibly indicating that he may have been in denial about transgenderism long before becoming a tomgirl. He also wondered what he would be like if he were born a female.[3]

Chris spent many years struggling to articulate his position on transgender topics. Prior to his own exploration of transgenderism, he confessed that he was uncomfortable with the idea of transgender people, and made it clear that he was not sexually attracted to them.[4] “I have given thought about the transgenders and transvesites; I do not feel comfortable with them….[D]icks are dicks, and I do not care about them, except for my own,” he wrote in a January 2009 chat.[5] He later reiterated: “I Do Not Care Much for Transgender People or Hermaphrodites, but I do not discriminate them as individual people.”[6]

Responding to a troll impersonating the transgender Bailey Jay, Chris wrote, "I can relate to how you feel. Sometimes, I wonder what my life would be like if I was born female instead, because of some of my emotional, caring, self-conscious thoughts I had in my lifetime. Then I would later remember that God must have made me all straight male for good reasons."[7] 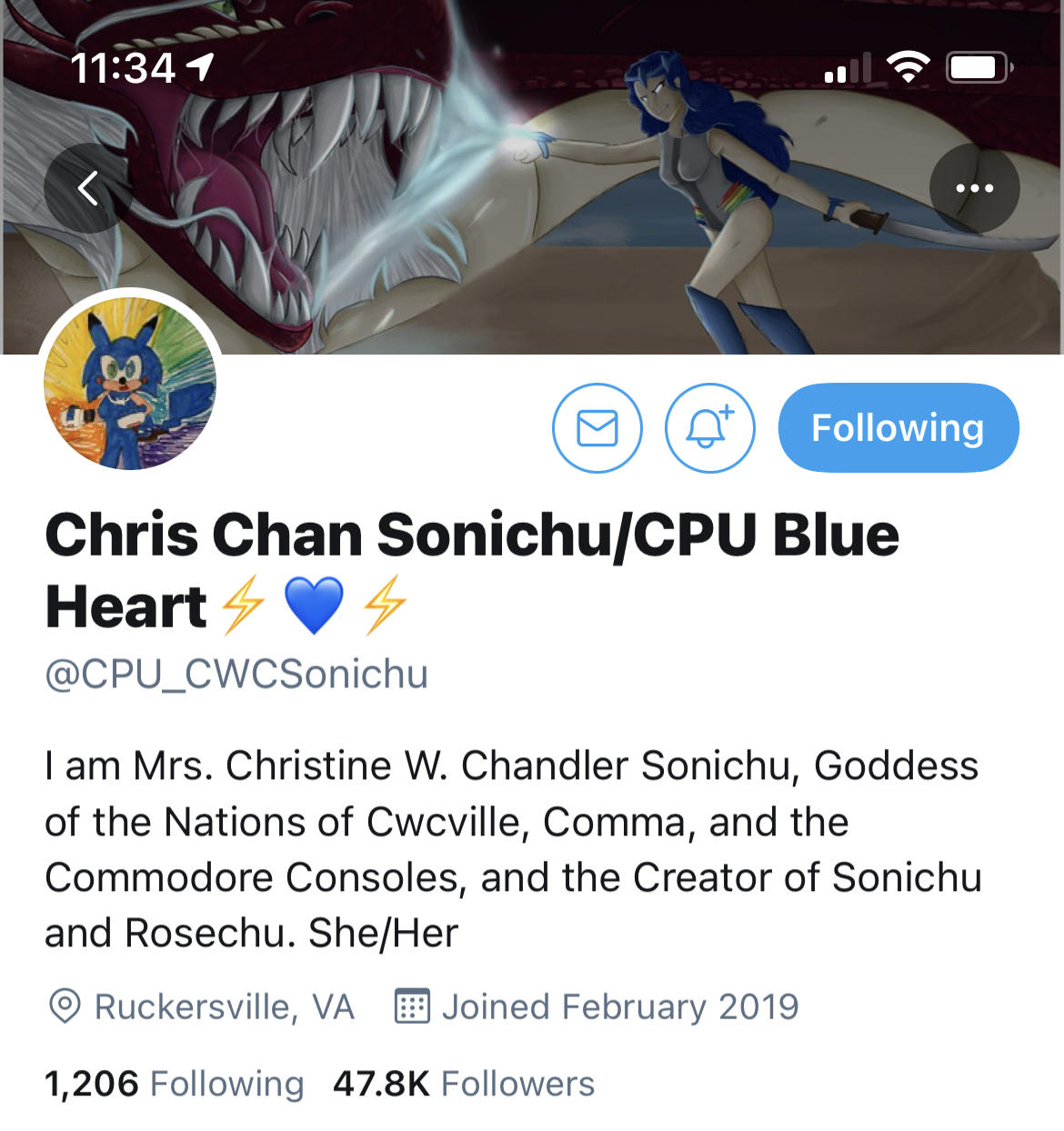 In 2014 Chris came out as a "lesbian-identified male" before identifying as a "trans woman". After transitioning, Chris adopted the name Christine to accompany his new gender identity along with the corresponding personal pronouns.

In 2019 Chris updated his Twitter to reaffirm his gender pronouns.[8]

Given how complicated of a topic gender is to tackle, especially today, people will tend to argue about what classifies as a "gender" and therefore some people might argue that there exists more than two. In Chris' case, believing everything he sees without giving it a second thought, also concluded that there really are more than two genders simply looking at a Facebook post about how Facebook is allowing their users to identify themselves as 58 different genders on September 17, 2016, taking it to mean that there are in fact 58 genders. [10] The next month, Chris is interviewed on the same topic, and is asked how many genders there are, and simply says there are 58 all because of that same Facebook post. [11]