From CWCki
(Redirected from Spanish)
Jump to navigation Jump to search 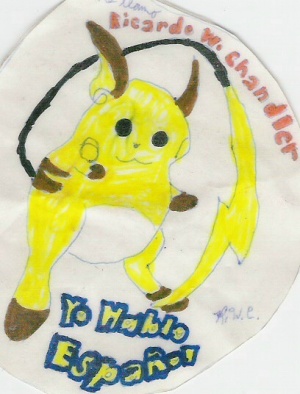 Spanish is a Romance language with over 489 million native speakers. It is also a common second language choice for millions more, including our favorite linguistic autistic, who knows un poquito but still acts like a fluent speaker. He often uses Spanish in his videos and comics, as it was one of the few things that he learned at Manchester High School, however poorly. He often refers to himself by his Spanish name, Ricardo.

Chris is proud of his tenuous grasp of the Spanish language, but this has not prevented racism against Hispanics, creating a stereotypical babysitter in his comics and a highly stereotypical sombrero-wearing Pokémon called Espanolic, who "confuses its enemies with its language." Based on his vocabulary, and the fact that it's the most common Spanish dialect taught in American high schools, Chris most likely learned the standard Latin American dialect. 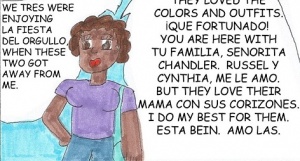 Chris's actual grasp of the language must be inferred from various sources. The Manchester High Leaks and his Hotel Ricky Ricardo project indicate that Chris took Spanish I in his junior year (1998-99) and Spanish II in his senior year (1999-2000). His grades are unknown, but he seems to have done well enough to pass both classes. On Okcupid, Chris claimed to speak Spanish, and wrote a large section of his profile in it (which was riddled with mistakes). He also states that he speaks Spanish on his résumé (but mentions that he has only taken two years). He also has written some Sonichu comic pages in Spanish. Chris seems confident in his Spanish, despite plentiful evidence suggesting his grasp of it is feeble - he frequently makes mistakes of grammar, spelling, and pronunciation, and only employs the most basic of verb conjugations, such as the present indicative. Chris never expressed interest in taking classes or other instruction beyond high school to reach fluency, nor has he deliberately practiced his Spanish with native speakers. He seems to view his Spanish skills as a means of showing off and not a communication tool.

Some of Chris's mistakes in Spanish seem to have crossed over from his stunted command of English, such as an affinity for the written sequence "ein" (resulting in, for example, "bein" instead of bien). Chris is inconsistent with his use of symbols which do not occur in English when writing Spanish, such as inverted punctuation, accented vowels, and, most significantly, ñ. The inverted punctuation marks are sometimes replaced with their respective upright marks and accents with an apostrophe before the vowel, while the tilde in ñ is often omitted entirely. The fact that he sometimes uses the proper characters indicates that he knows how to enter them and simply does not care enough to do so consistently. In some of Chris's Tomgirl-era Spanish writing, notably Sonichu 12, Chris uses feminine nouns and adjectives when referring to mixed-gender groups, whereas Spanish grammar rules dictate using the masculine plural in these contexts. This could be an attempt at a subtle feminist statement, but knowing Chris, it is likely a simple error.

In Chris's July 29, 2009 video to our TRUE and HONEST hero, he displays his grasp on Spanish, basic as it may be. It can be safely assumed he used online Spanish dictionaries for words he did not know. He also mispronounces one of the most common Spanish words, bueno (good, well), as bueño. Another video involving Spanish is U8C43P2A37A8 y U8C1N023V0L (a weird 1337 Spanish title), in which he says "Love Sonichu" and "hate Asperchu" backwards in English, surrounded by a sentence in awkward Spanish. In another display of his Spanish, his old Spanish assignment to create a hotel was released online. This assignment is mostly just basic Spanish and not very advanced.

In Mumble 2, Chris briefly attempts to have a conversation with a Mexican troll but fails to understand his question "Has estado en México?" ("Have you been to Mexico?"), even after it is repeated multiple times with different wording.[1] Chris probably never learned the present perfect verb tense, or if he did he is not able to recognize it in its spoken form.

Ricardo Weston Chandler is Chris's Spanish nom de guerre, presumably chosen in honor of a main character in one of Chris's favorite TV shows. Students in language classes often choose an alternate name in the language they are learning to "get into" the culture and language. Of course, while most people forget about this when they have left the course (or even the teachers abandon the practice shortly into the course), Chris has adopted "Ricardo" as his actual Spanish name and uses it for his Spanish-related endeavors.

He is oblivious to the fact that, when learning another language, people generally do not change their name, but instead use the language's native form of the name. If no native equivalent exists, they may adapt it to fit the language's pronunciation and spelling rules (i.e. L becomes R in Japanese). Cristian (without the H) is actually a rather common name in the Spanish-speaking sphere. Weston can be adapted as Hueston or loosely translated as Del Oeste (of the West). Chandler can be translated as either Candelero or Velero depending on which meaning we're going with. Christine becomes Cristina, and Christopher becomes Cristóbal. Chris has plenty of options.

Furthermore, modern Spanish speakers rarely translate names of non-royalty, just as English speakers don't refer to every María as a "Mary." The practice of adopting a Spanish name while learning the language is purely for immersion purposes. It is not a reflection of how native Spanish speakers actually talk, at least not in the 20th and 21st centuries.

Chris's attachment to his Spanish name has not abated to this day, and he has listed the name prominently alongside his more common aliases (Christopher, Christian, and Christine). However, Chris has yet to pick a feminine Spanish name in agreement with his current gender identity, suggesting he has largely abandoned the concept of having a Spanish alter-ego. 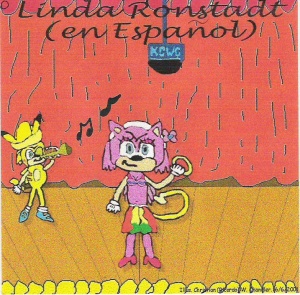