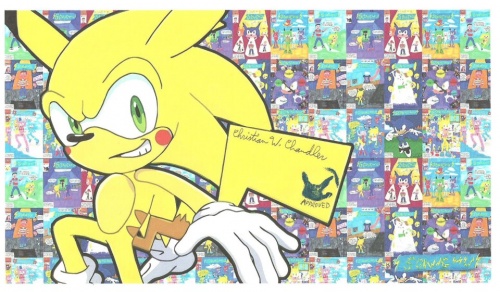 The following are a series of posts posted by Chris on Facebook on February 2012. 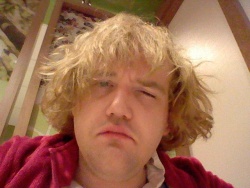 Chris used this as a profile pic for just a few hours, probably to fuck with the trolls. 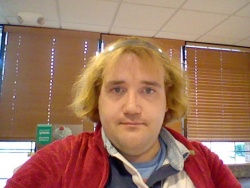 He eventually settled on this one.

Hang out IN PERSON

Chris posts about hanging out with his friends:

Complaining about the Charlottesville Community Again

Chris complains about the people of Charlottesville again:

Chris compares his life to the anime series Chobits

Chris continued to post about Michael Snyder, thus ignoring Anna McLerran's advice about a week ago:

Chris posted about him seeing a jerkop: 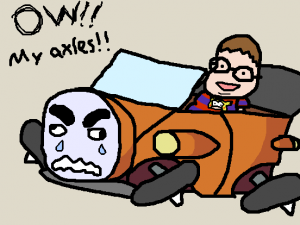 Chris rented the movie "Napoleon Dynamite" on PSN after being corrected that Andy Dick (which is a homo according to him) did not star in the movie:

Chris once again posted about thinking about his high school years after watching "Laguna Beach": 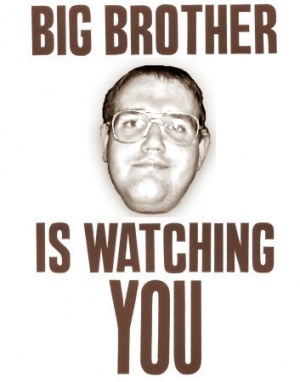 Chris once again posts about wishing to go back to 1999:

Chris posts a photo of him in his LEGO counterpart with a Lego Friend, and hopes to renew his relationship with Jackie:

(Note: Megan's dox has been redacted to protect her identity.)

Kim chimed in with her own response:

Anna expressed reasonable skepticism regarding Chris's belief that Megan was responsible for all the trolling he endured since 2007:

At some point in February, Chris used Facebook to send the following note to his old gal-pal Jackie:

On 5 February, when Chris changed his profile pic, he told Kim:

After a few private posts by Chris, Chris made a public post for the first time in about 5 months:

How are you doing today?