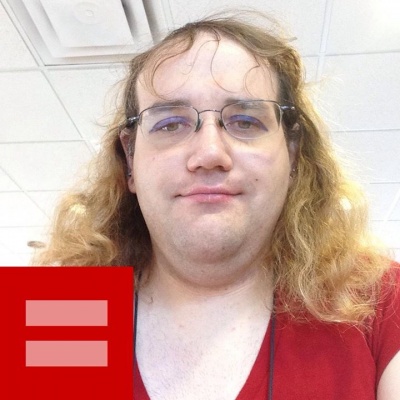 The following are a series of posts by Chris on Facebook in August 2014.

On 1 August 2014, Chris posted links to his eBay page to advertise two original drawings for sale.

Fan items lost in the fire

To which Spirit Plumber replied:

He also linked to the colored commissions page, with:

Chris explaining where the money goes

To which Jennifer Wilson replied:

It's worth noting that Chris 'liked' his own status, as he frequently does, widely considered to be a Facebook faux pas.

He later responded to his own post in an appallingly nonsensical manner:

Then Kim Wilson, potentially tiring of Chris's self deprecating postings, responded with this:

More of that pesky logic stuff by Kim Wilson:

Chris predictably failed to produce the evidence Kim asked for.

Now get on it, Human Rights Campaign

On 14 August 2014, Chris posted a review of the Human Rights Campaign, giving it five out of five stars, along with the editorial:

Chris and "Barbarian and Stereotypical Males"

On 15 August 2014, Chris posted a new profile picture, showing his purple eyeliner, shaved chest, and rapidly receding hairline. The symbol for Equal Marriage Rights was in the corner.

He commented (with no solicitation):

After calming down, he added:

The use of "Ho Mo" is mystifying, but it's very likely Chris couldn't bring himself to simply write "I am homo" and had to fragment the word.

On the prowl for centerfolds

On 23 August 2014, Chris posted a new cover photo, featuring Lego versions of himself his Sonichu characters.

Later that same day, he reversed himself and chose another cover photo, depicting Lego versions of himself and a sweetheart, probably Catherine, whom he had recently begun to correspond with and had yet to meet in person.

This time, it's forever

On 31 August Chris changed his relationship status from "single" to "In a Relationship", with 9 July 2014 being listed as the day the relationship started. Chris responded to this status change with two comments: