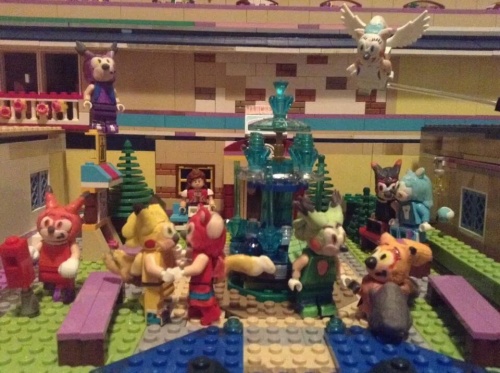 On 15 May, Chris provided images of 19 different stores with the suggestion:

Kim followed this up with:

After much conversation and dispute among his friends, Chris added:

Chris posted an image of a Lego Friends set with the comment:

Finally, Chris provided a photo of a Lego Creator set with:

On 24 May Chris uploaded an new cover photo of his Sonichu characters made out of Legos and clay. Among them was Simonla Rosechu, who had died in Sonichu #10 as part of a special deal. He followed this up with an album of Simonla photos. Kim Wilson asked:

He ignored all further protestations.

I Really Want That

When someone implied that Chris was sounding greedy, he replied:

Chris posted yet another photo of a Lego set with the notice:

Chris commented on a photo of a man with his children:

Chris responded to an article about a fire at a Hibachi Grill in Charlottesville: