This page is an archive of Chris' Facebook posts during March 2017. Posts are sorted by date and linked to the source material from Facebook. Notable comments will be archived and color-coded for reference; those who consistently respond to Chris' posts, e.g. William Elliott Waterman and Jessica Quinn, are colored in red and green respectively, while infrequent responders are colored in orange, yellow or purple.

He linked to one of the listings.

Chris liked the rainbow stamp from the previous post so much that he made it into his Facebook cover photo.

He linked to his Ebay page, and to his I'm selling my father's stamp collection; come on down and buy some of it video.

(The text on the scroll is in French and reads "We, people of united nations, resolve to preserve future generations from the scourge of war.") 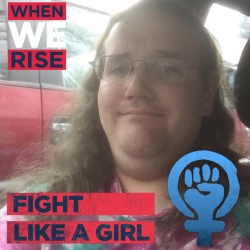 He linked to his Ebay page.

He linked to his Ebay page.

He linked to the listing.

Not planning to buy a Nintendo Switch yet

People should be more open-minded

Chris shared a post from LGBTQ Nation and reacted to it.

Trump is detached from reality 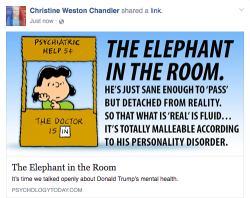 He linked to the Ebay listing for it. He also updated his Facebook cover photo to feature that picture.

He linked to a fundraiser.

Keep an open heart for bisexuals

He linked to the listing and updated it.

St. Patrick's and an Autobot

He linked to his Ebay. 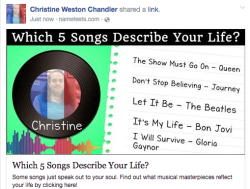 At 3:35 am, Chris uploaded a copy of his I'm selling my father's stamp collection; come on down and buy some of it video to Facebook.

It should be noted that Chris had made $85 in sales then quickly spent $90 on toys.

He linked to his Ebay.

Chris posts about reading the Son-Chu article on this wiki and explains his design inspiration for it.

Damn you, Trump! Give PBS its money

For some reason, that message was posted 10 times in a row.

Chris read an article on a lawsuit filed by a male student (Joel Doe), who claimed discrimination because a transgender student was using the same locker room.

He followed up with another post the next day.

He linked to both his Ebay and his Skylanders Imaginators Leader Christine W Chandler: random Review N' Stuff video.