This page covers Chris's activity on his personal Facebook page in October 2015. He also returned to his protest group, FIX SONIC'S ARMS IMMEDIATELY, SEGA!!!, to close the book on this saga.

Chris also posted this on the "Autism Awareness" page as a visitor.

Chris linked to one of his new videos and wrote:

Totally missing the point, all Chris had to say was:

Chris also completely side-stepped the circumstance that he was writing this immediately upon returning from court after being convicted. 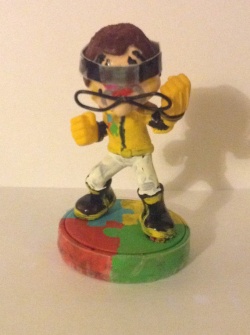 A representation of autism, in more ways than one.

Chris linked to his Etsy page and wrote:

Fifty of These Goddamn Things

The Answer is Pittsburgh Pirates

Not long after making this post, Chris realized that his authoritarian rules about who can comment on his Facebook page restricted the contest's eligibility to his few official friends. He solved this problem by adding that people could also "Message me on Etsy.com."

Billy made several more guesses, including: 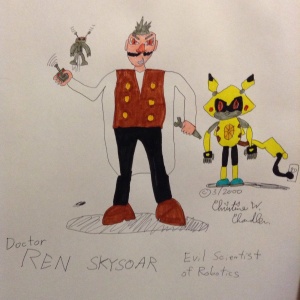 Chris shared a photo posted to his Etsy account along with:

On the same day, Chris uploaded 15 "new" retconned pages of Sonichu #1 to make the transition from Robotnik to Ren Skysoar.

On 26 October, Chris uploaded 16 new pages of the ongoing tale of Sonichu #11.

Chris linked to a new offering on his Etsy store and wrote:

Chris linked to a rare YouTube video along with:

Church and State in Cwcville

In two private messages, Waterman asked Chris about the ongoing plot of Sonichu #11: 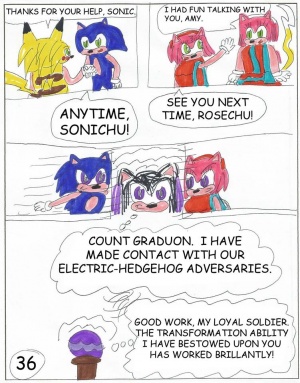 On 28 October, Chris added two brand new pages to his Sonichu #1 album, giving a new twist to the appearances of Sonic and Amy Rose.

Chris shared a YouTube video and a link to his Etsy page and commented:

Posts by Chris on others' pages

Chris posted the following on the "Amiibo Trade & Collectors" page.

Chris apparently got his ass banned from "Amiibo Trade & Collectors" for some hostile posts. Someone commented on his Amiibo: 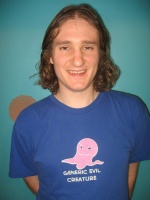 On 4 October, Waterman posted a new photo of himself. Chris commented: