This page is an archive of Chris' Facebook posts during April 2017. Posts are sorted by date and linked to the source material from Facebook. Notable comments will be archived and color-coded for reference; those who consistently respond to Chris' posts, e.g. William Elliott Waterman and Jessica Quinn, are colored in red and green respectively, while infrequent responders are colored in orange, yellow or purple.

Hyping up the raffle

Another gimmick for stamp sales

Chris explains why he won't get a job

Chris then raged in the comments after his IRL friend from The End Games and Kim Wilson both told him to get a job anyway.

He then linked to a Huffington Post article about how "landlords keep out transgender renters."

Whining about the mortgage

He continued his rant from the previous post in the comments.

Chris reposted the stamp album announcement from 3 April, but deleted the part about a chance to win T-shirts and replaced it with begging. He kept the "bonus update" heading, though.

Chris linked to Sonic Totem and More and the eBay listing for it.

Totem has been sold

He then screen-capped the bio, and continued:

He met his target goal within one hour.

One of his IRL friends tried to dissuade him.

Chris didn't listen and went ahead with the reaction video. 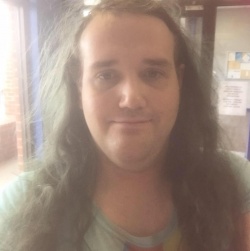 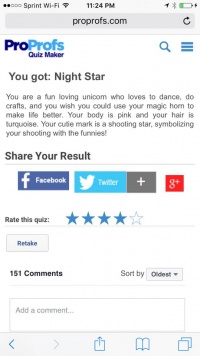 Tired of tucking in

Chris commented on a quote from Caitlyn Jenner, reading: "I am also tired of tucking the damn thing in all the time."

He linked to his stamp album listing.

He linked to a game.

Chris: [He uploaded a screenshot of the game result]

He tagged numerous friends, such as Kim Wilson and Jessica Quinn.

Offering The Classic shirt for $12,000 minimum

He linked to his eBay listing and rated his post Love.

Chris uploaded a slideshow of The Classic shirt of images he had posted earlier.

Chris saw his own post from 4 years ago and shared it.

A person on Facebook posted a photo of him hanging out with his dad at a restaurant named Royal Oaks. Most comments were either about the restaurant or complimenting the photo.

Chris tried to relate to the conversation by bringing up cartoon characters, even citing the episode they appeared in.

Would you vote for Caitlyn Jenner?

Victor B. disagreed with him.

Adam E. then informed Victor that he was responding to Chris Chan.