This page covers Chris's activity on his personal Facebook page in September 2015. 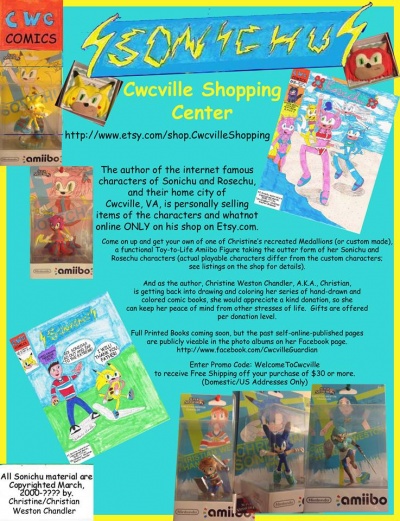 Kenneth replied to the post with "A Netizen's Guide to Flame Warriors." Chris wrote back:

Chris shared a page and announced:

He Spelled It Correctly for Once!

Last Chance, For Real This Time

The Clock is Ticking

We Know, We Know

He added on his timeline:

It's Not the Mailbag, But It'll Have To Do

On 14 September, Chris uploaded revised versions of Sonichu #9 and #10. He attempted to explain why his creative energies had been blocked for so long:

It Seems To Be Helping

On 20 September, Chris gave a five-star review to Our Own of Charlottesville, a counseling and mental health center. He had been associated with a booth for this center at the pride festival.

A short while later Chris added:

Now Chris is on Lulu

Kenneth had another question:

Chris finally replied to all this nonsense:

Spoiler Alert: It's a Fake Vagina

If you must know what a Vee-String is, steel yourself and click here, ideally when not at your place of employment.