From CWCki
(Redirected from Charlottesville)
Jump to: navigation, search

Charlottesville is an independent city in the Commonwealth of Virginia. For most Americans, it is the location of Thomas Jefferson's home Monticello and the University of Virginia, and where the rally concerning Pmurt's Presidency took place. For Christian Weston Chandler, C-ville (as he calls it) is home to Charlottesville Fashion Square, The GAMe PLACe, and various other stores that he is banned from. It is also his birthplace.[2]

The town is so quaint that they drew an interactive map of the place so that it looks like a low-budget 1980s theme park.[3] According to the map, the entrance of the town is guarded by the world's biggest knight.

Charlottesville and the outside world

Look up Charlottesville on a map of Virginia or the eastern seaboard at large and its isolation becomes clear. The nearest major city, Richmond, lies 71 miles (114 km) by road to the southeast. Washington, D.C. is a 117-mile (188 km) drive to the northeast. To the north, south, and west lie wide expanses of not very much at all, unless you count the strip of small towns along the I-81 corridor that runs up Virginia's western border.

Chris's accounts of his life to date show no evidence that he's ever seen much of the world outside the Charlottesville area. When he was a teenager, his family temporarily relocated to Chesterfield County, a suburban area south of Richmond; since moving back to Ruckersville, he has not journeyed far from his stomping grounds at all, save for a few short occasions. 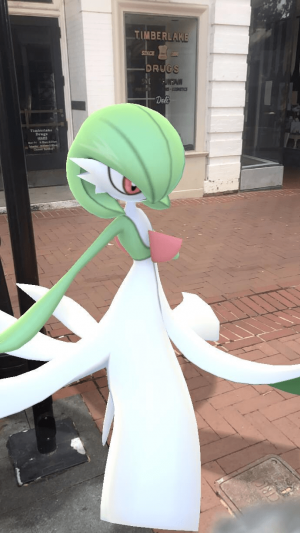 C-ville is a common local abbreviation for Charlottesville, although it is used in print much more often than it is spoken aloud. Chris has used the word as a CWC-ism to refer to every town in the United States that begins with "C," but he specifically uses it to refer to both Charlottesville and his fictional town CWCville. In the Rollin' and Trollin' video, Chris walks around the Charlottesville Downtown Mall and the adjoining Pavilion, referring to everything he sees as a part of CWCville.

Interestingly enough, the local Charlottesville newspaper is entitled C-VILLE Weekly, first published in 2013 as a replacement for The Hook.