Anime Mid-Atlantic was an anime convention that Chris attended on 29 May 2004 and 17 June 2005. It took place at a Holiday Inn (now DoubleTree) in Richmond. 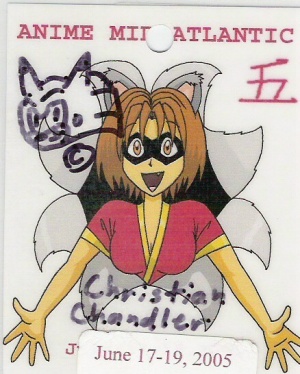 This year, Chris stayed for all three days of the convention, and spent two nights at a hotel alone. 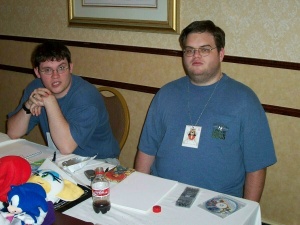 Fellow autists at the Sonic panel

In May 2010, the blog Topless Robot had a contest for "Most Shameful Nerd Moment". One commenter named tasakeru828, who ran a Sonic panel at what was presumably Anime Mid-Atlantic 2005, described the experience:[3]

Chris did not go to another anime convention for a long time.

In 2010, Chris planned for a time to visit the Otakon convention in Baltimore (in large part so he could meet Jackie there), but he managed to thwart himself by spending the money he'd set aside for the expedition. In an e-mail to Jackie, he claims that he overdrew his bank account shortly before the trip. This incurred the wrath of his parents, who refused to allow him to leave the house.

Chris also hoped to attend the 2011 MAGFest gaming convention in Washington D.C., but after his parents learned of his plans to spend the weekend sleeping in a hotel lobby and/or his car, they once again put the kibosh on the planned outing. In another e-mail to Jackie, Chris claimed that they threatened to lock him out of the house if he tried to make the trip.

At long last, in August 2015, Chris was able to escape from Barb's clutches long enough to attend OmegaCon, where he competed in the cosplay contest as Vinyl Scratch, a character from My Little Pony: Friendship is Magic.