This page is about the fictional girlfriend. For the Electric Hedgehog Pokémon of the same name, see Chloe Rosechu. 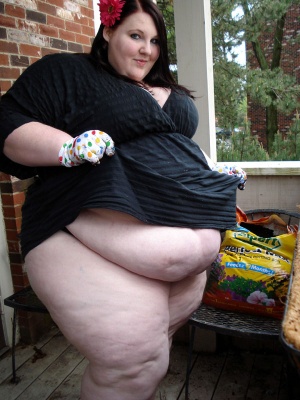 This is what Chloe would look like, if she were actually real.

Chloe is the made-up girlfriend that Chris claimed to be seeing shortly after his break-up with Blanca. She was partially inspired by PandaHalo, but still described as a separate entity.

In an IRC chat in the wee hours of 26 October 2008, Chris announced he had a new sweetheart named Chloe. He stated that he had met her in mid-September and started going out with her on 20 October 2008. This happened to be the day his medallions had been destroyed, and one day before he BAWWED in this video, which raised suspicions as to why he would have been depressed about Blanca if he had already met a new sweetheart. Supposedly, they ran into each other at the local GameStop while the both of them were preordering LittleBigPlanet. Chris alleged that he had his first date at Taco Bell, after which they "kissed deeply".

Chris said that Chloe was his "VIRGIN-TAKER" and that she took his ED page "with a grain of salt".

Chloe was formally introduced in the Q&A video of 27 October 2008, in which Chris nervously announced her existence. He announced that he would possibly be moving in with her after she got her own place.

Due to Chris's unreliable short-term memory, as well as inaction on the part of trolls, after the 27 October video Chloe was never mentioned again. It was shortly discovered that Chris was talking mostly about Panda (and it would later be revealed on CWCipedia that Panda created a fan character named Chloe Rosechu[2][3]). However, he was never pressed on the fact that he was describing a woman who was a completely different entity than Panda, who he would later call his true sweetheart quite openly. Chloe was the first instance of Chris blatantly lying about having a girlfriend, as opposed to his usual tactic of merely exaggerating the significance of an existing relationship. Say what you will about his relationship with Megan or the Wallflower, at least they were actual people.

A little over a year later (10 December 2009), in Mailbag 13, Chris honestly couldn't remember Chloe, even though she was supposedly the woman he had his first real kiss with.