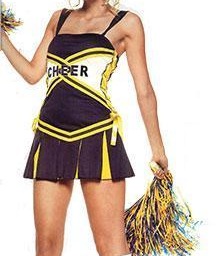 Laura as Chris perceived her.

Laura was a cheerleader who befriended Chris during his freshman year. He pined after her for about a year. When she asked if Chris was attracted to anyone, he nonchalantly told her that he had a crush on her. After telling him that she'd think about it for a couple of weeks, she told Chris that she liked him as a friend, and only that. That was essentially the end of their relationship.

Despite being friendzoned, Chris continued to think about her. In the summer before his junior year, he depicted her as a character in his Mario Kart 64 Lego Raceway videos as "Racer #16." In his early twenties, with the utter failure of his Love Quest, his mind was drawn back to his high school years and what could have been. He habitually pored over his old yearbooks, looking at pictures of Laura and his other former gal-pals. He included three of her photos in the slideshow on his 2007 DVD.

In a slideshow note, he commented that while he had been told that she was a year older than him, "according to the yearbooks, that was a big lie." She had actually skipped a grade "for some odd reason." Given the strict attention Chris gave on his attraction signs to the age of his sweetheart-to-be, it should not be surprising that he would find this detail about Laura important.

In April 2010, long after she had forgotten about him, Chris mentioned Laura on his CWCipedia page, "Gal-Pals and Past Sweethearts." He remembered: 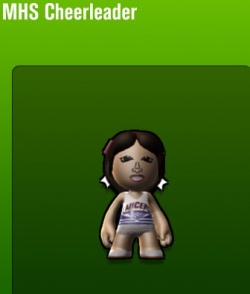 Still thinking about high school girls in his late 20's.

Laura was among the "people I care about" whose information he demanded be removed from the CWCki on his blog.

It's likely that Laura was the model for the "MHS Cheerleader" character mod he made in ModNation Racers.

Chris's memories of Laura's routines no doubt influenced his own cheerleader roleplay.

Despite their failure to hook up, Chris considered Laura significant enough to mention in his comic.

In Sonichu #7 Chris describes her as "so fine." He elaborated on this in his official videobook of this issue by shouting:

In January 2009, when he was in negotiations with Shigeru Miyamoto to turn Sonichu in a video game, he retconned her name to "Laura B. Dorzio."