From CWCki
(Redirected from Marvin)
Jump to navigation Jump to search 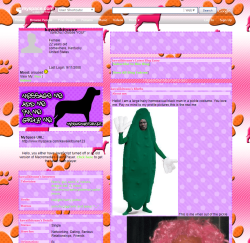 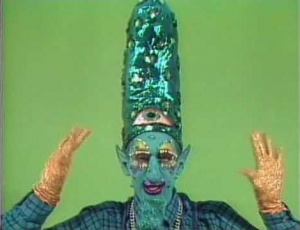 [Marvin raises a fist, clenches it. He then slowly turns around and approaches the camera]

I'll cut right to the chase. I'll tell you why I'm here. You see, I've had enough. Everyone has had enough. No more.. of you.. and your "dates".. and your "e-mails" No more "sweetheart searches".. No more nothing. I'm here to put a stop to it. You see... [pause] Your virginity is my business. And mine to control. Not yours. Allow me to... clue you in on the plan I've had for a while now. You see.. I went out at night into the streets of Virginia. There, I found every prostitute and hooker I could find.. and do you know what I did? I found each and every one of them, and I told them..

[Marvin moves off-screen, the sound of paper being picked up can be heard]

I have your mugshot. [Marvin reveals a picture of Chris wearing a butt garment] If you see this man... [pause] ...give him nothing. He deserves nothing. You see, I spread these out. They know you before they even approach. So you see, Chris... I have all the cards. And you're just going to have to play with whatever hand I deal to you.