The "Sign Destruction Video", or "09062009", is a video that Chris uploaded on 6 September 2009. It depicts him in a rage, violently tearing up the sign that trolls left on his front lawn on Halloween 2008. Assuming that Vivian Gee had put up the sign, he does this as a death threat against her and her family, including Clyde Cash, although it's not certain as to whether he meant actually killing them, or simply poking them with wooden sticks and biting their hats off. It's obvious that Chris was rattled by the sign, as he kept it for 10 months before destroying it.

Emily later revealed that she was one of the trolls who left the sign on his lawn and that she was also the one to convince him to destroy it[1]. 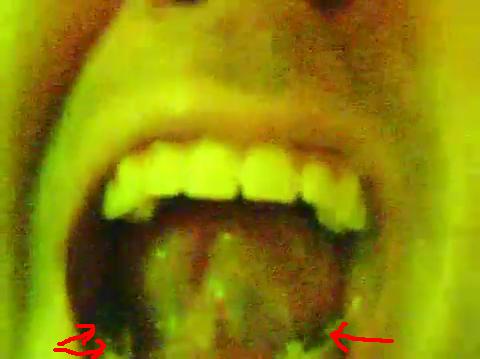 LOOK AT THOSE CAVITIES GODDAMN

Hmm...apparently, my, uh, heed of warning towards Vivian...has gone unheard or otherwise [holds up claw] she did not realize the fury of my WRATH...and she has done a terrible deed. So, let's begin with a [lowers voice] visual aid. [bends down] Stop me if you have not seen THIS before! [picks up and displays a grass stain-covered sign reading "Encyclopedia Dramatica - ♥ Jimmy Hill] Ungh!

Nnyergh, now watch what I'll do with this as I will do to Vivian Gee if she does not sss--take down every last one of her videos and closes her YouTube account! [pulls the sign in half] NNNNNGH! [bangs the wooden stakes together before bending them. At one point he seems to try to snap the wood, but after a moment of effort thinks better of it. He then proceeds to stab what is left of the sign.]

[picks up clown doll] This is for Clyde Cash to every last one of his family members INCLUDING his carninian! [jabs the doll with one of the wooden stakes 11 times, bites its hat off and spits out the fluff in his mouth] Ngrrrr... [slams doll to ground] RARRRAAAARRGGHH!! GRRRRRRRRRARAAAAAAAAA--