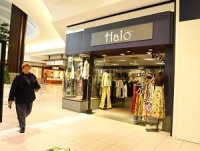 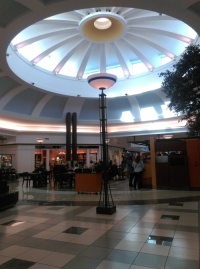 On 20 March 2018, Chris again trespassed at the mall and was charged. As a result he was sentenced to the Therapeutic Docket, resulting in the charge ultimately being dropped.

Malls have been declining as a whole since the 2010s, due to the increasing popularity of online shopping websites like Amazon and eBay, and Fashion Square is no exception; throughout the late 2010s, several stores in the mall have closed due to dwindling customers, while the mall reported in February 2020 they had defaulted on $45.2 million of loans.[3] While it still operates, with 48 stores, restaurants and booths still operating, it is a shell of its former self, with the only two "anchor locations" left being two Belk stores, and the effects of the COVID-19 pandemic have likely not helped matters. While its fate is uncertain, it's highly likely it may wind up closing for good sometime in the early 2020s.

When Fashion Square was threatened with closure in February 2020, Chris wrote on Twitter, "Well, this is most disappointing. Very Much a LEGEND, in association with myself and my history: Charlottesville’s own #FashionSquareMall is falling on hard times and may become lost. I feel mildly distressed from this event."[4]

On 13 June 2021, Washington Prime Group, the owners of Charlottesville Fashion Square, filed for Chapter 11 bankruptcy, citing the COVID-19 pandemic as the main reason. [5] [6] The mall was later auctioned to a local lending company a few days later. [7]