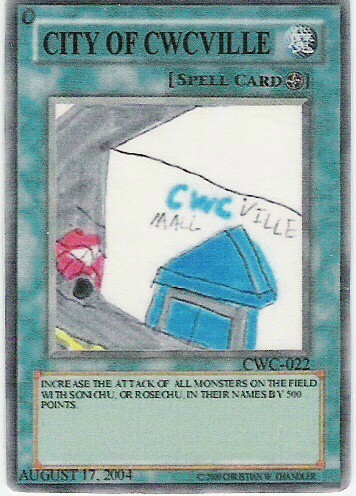 Early appearance on a Yu-Gi-Oh! card.

CWCville Shopping Center, sometimes called the CWCville Mall, located at the center of downtown CWCville, is the location of Chris's Mayoral Office and a temple to consumerism in CWCville. It also lies Chris's version of his beloved Charlottesville Fashion Square, where he is not banned but rather is welcomed and employed there.

Chris designed the mall as a CADD project in college, and since no good school project goes unrecycled and unpublished, went and put the design in the comics. The plans were in the Scrapbook of Fail,[1] and Chris's original AutoCAD files were leaked.

Chris also built a rudimentary model of the mall with Lego. In 2014, the old Lego mall having been destroyed in the house fire, Chris dreamed of recreating it at a much grander scale, a "stud-to-stud replica." This was such a compelling vision that he started a Kickstarter campaign to raise $5000 for this project. Of course, nothing came of this.

Chris has said that the city of CWCville owns the mall,[2] while most real-life malls (even ones that are close to dead) are owned by real estate companies such as Simon Property Group, former owners of Charlottesville Fashion Square. Furthermore, Chris has included several stores that either don't exist in real life, or used to exist but no longer do; the store placement, selection, size, and other fine details are all over the place. Among other things, the mall features a disproportionately large number of restaurants and even a Big Lots, an off-price retailer that almost never locates in malls.

Locating a mall in a downtown isn't entirely unfeasible; there is, however, no excuse for putting the fucking Mayor's office in the mall (except perhaps if the government's finances are in such a dreadful condition that they need to in order to save on rent). Chris may have done this as a reference to the Adult Swim show Tom Goes to the Mayor. 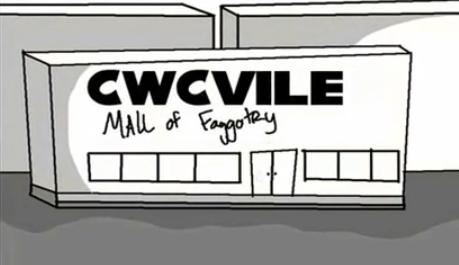 The Mall, as accurately depicted by Spazkid28 in Sonichu: The Animated Series. 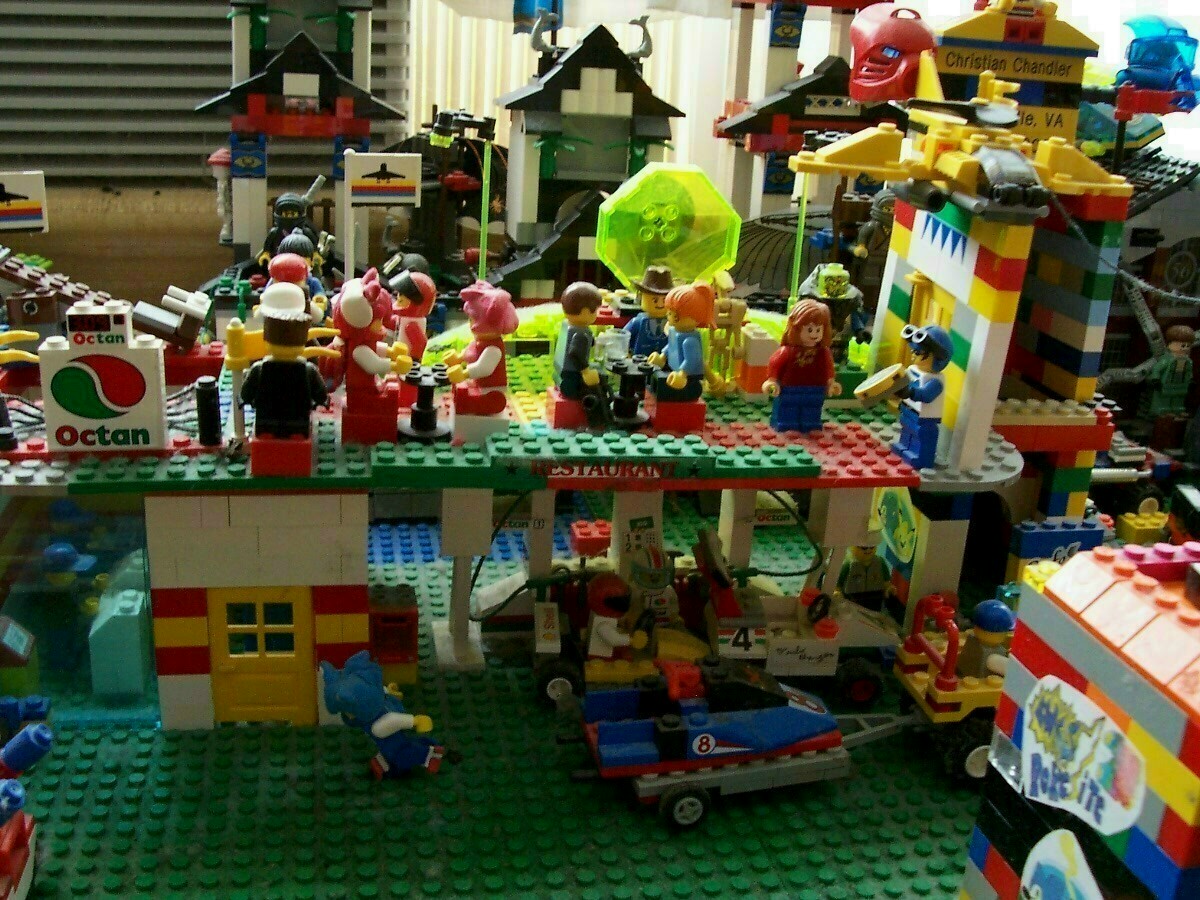 Lego version of the Shopping center. 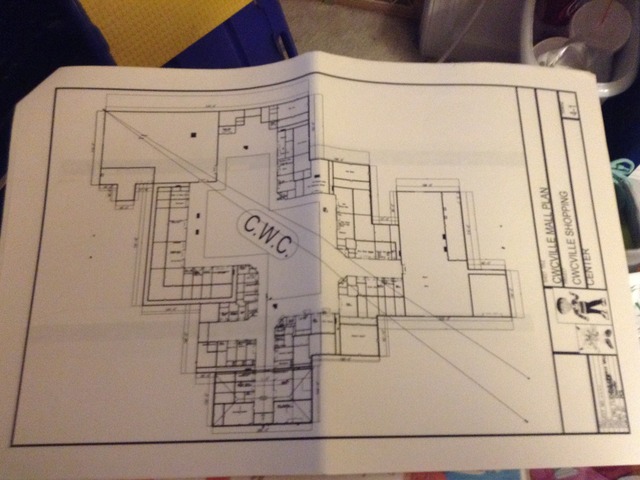 Between 2019 and 2020, CWCville Shopping Center presumably lost its original anchor tenants, other than The Pokémon Center: Sears left Charlottesville in March 2019, followed by JCPenney in November 2020. It is unclear whether Chris found replacement anchor retailers.

Take note of how many of the stores featured here have either been long since defunct or renamed.