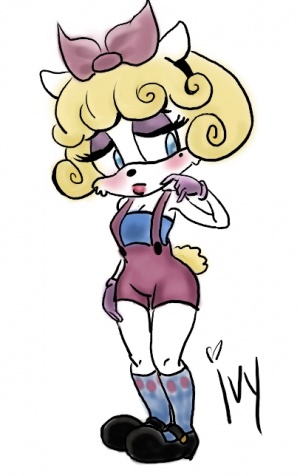 Concept art of Layla, as drawn by Ivy. 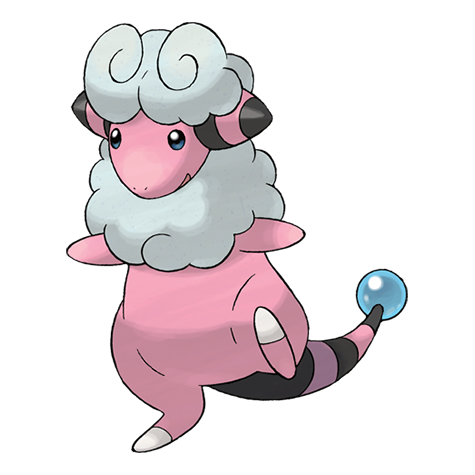 An actual Flaaffy. Let us know if you find anything even remotely similar between the two.

Layla Flaaffy is a character in Sonichu. She was first shown along with Ivy, in a drawing of her that was leaked out on the Krapple Komputer Kompany /cwc/ board. In Sonichu #9 she is introduced as an eighteen-year-old Flaaffy, who was thought up by Ivy on 15 March 2009.

When Ivy originally created the character, she was named "Luckette", but, according to Ivy, this was changed because Chris thought it was "too French". She called her Layla because "it sounded like a hooker's name", and rather than just being a sheep-thing, Chris insisted that she be a Flaaffy Pokémon,[1] despite not resembling said Pokémon to any degree whatsoever.

While nothing Chris makes is original or interesting, Layla seems to be the most stereotypical. This is partly due to Ivy designing her to be sexually appealing to Chris-chan, so he would be more inclined to use her in his comics. The fact that she looks extremely underage is awfully telling. Her hobbies include showing cleavage, creepy innuendo, and, like, chatting with hot guys online. Layla is thus one of the most outright irritating characters, only slightly less aggravating than Magi-Chan or the Sonichu Babies.

Implementing the world's oldest stereotype, Layla is lusted after by the series' biggest douchebag not named Chris. Chris had planned a romantic first date for Layla and Reginald, involving unprotected sex in a McDonald's restroom.[2] However, in an attempt to create some sort of conflict in the pages of making out, she falls for the azn, Punchy Sonichu. Of course, everyone ends up paired up and engages in soulless furry sex.

In his song "Punchy and Layla's Dance In The Dark", Chris reveals Layla's fetish for sadomasochism in the final lines of the song. Because Chris has only given few details about this, his fans have been forced to interpret these lines as either references to sadomasochism or domestic violence.